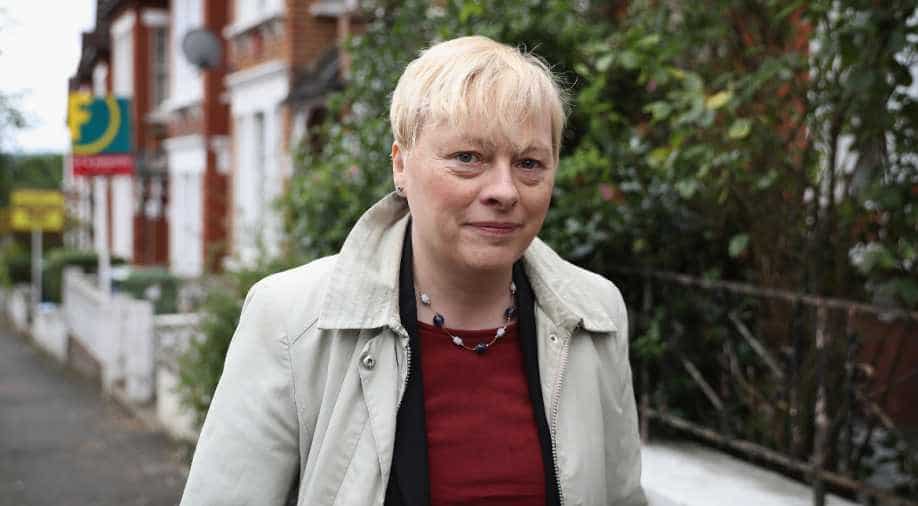 'On Monday morning I will announce my candidature for leader of the Labour Party,' Eagle said. Photograph:( Getty )

Follow Us
Britain's main opposition Labour faces a leadership battle after a challenger to Jeremy Corbyn finally stepped forward on Saturday after a Brexit vote which caused political turmoil.

Senior lawmaker Angela Eagle is to stand against veteran socialist Jeremy Corbyn, the embattled head of the left-of-centre party, who has faced criticism for his lukewarm campaigning in favour of staying in the EU.

Eagle announced her bid following the collapse of talks aimed at resolving a deep rift in the party over Corbyn`s future which some commentators have suggested could prompt it to split.

"On Monday morning I will announce my candidature for leader of the Labour Party," she said.

Corbyn, who has lost the support of at least three-quarters of his lawmakers, had "failed to fulfil his first and foremost duty, that is to lead an organised and effective Parliamentary Labour Party (PLP)", added Eagle.

The socialist leader, who has strong support from grassroots Labour members, has vowed to fight on, insisting there was "no pressure on me".

Eagle, 55, was the shadow first secretary of state - implying seniority over other front-bench spokespersons - before she and a host of others quit the so-called shadow cabinet en masse last month.

If she wins the contest, she would be the first openly gay leader of a major political party at Westminster. Labour members of parliament staged a vote of no confidence in Corbyn on June 28, in which 17 per cent backed him and 75 per cent voted against him.

While the EU referendum raised fresh doubts, many centrist MPs had long been opposed to his leadership.

Despite this, Corbyn has vowed to battle on as leader, citing a groundswell of support in the party membership.

"He will remain leader of the Labour Party and will contest any leadership challenge if one is mounted," his spokesman insisted.

Corbyn himself told the Durham Miners` Gala, a key date in the diary of Britain`s labour movement, that there was "no pressure on me, none whatsoever".

In the June 23 referendum, 52 per cent of voters opted for Britain to leave the EU, with many traditional Labour heartlands voting out.

US President Barack Obama said he believed Britain would quit the EU at a NATO summit in Warsaw.

"I think we have to assume that a referendum having been passed with a lot of attention, a lengthy campaign and relatively high participation rates is going to stick," Obama said when asked if Britain could go back on the vote.

But anger among "Remain" voters lingers.

The British government on Saturday formally rejected a petition signed by more than four million people calling for a second referendum with a minimum 60 per cent threshold and 75 turnout bar.

Around 200 people gathered for a picnic to oppose Brexit held in central London`s Green Park.The trade unions which provide significant funding to Labour have repeatedly urged respect for Corbyn`s authority as leader and the overwhelming grassroots mandate he received last year.

"Should there have to be a leadership election, I must warn that any attempts to keep Jeremy Corbyn, elected just 10 months ago with an enormous mandate, off the ballot paper by legal means risks a lasting division in the party," McCluskey added.

In September, rank outsider Corbyn was elected Labour leader with 59.5 per cent of the vote, made up of Labour Party members, members of affiliated unions and people who paid $3.90 to get a vote.

Labour is likely to face fresh ructions next month over the issue of Britain`s nuclear deterrent.

Corbyn is opposed to nuclear weapons, though many Labour MPs are likely to support maintaining the deterrent.