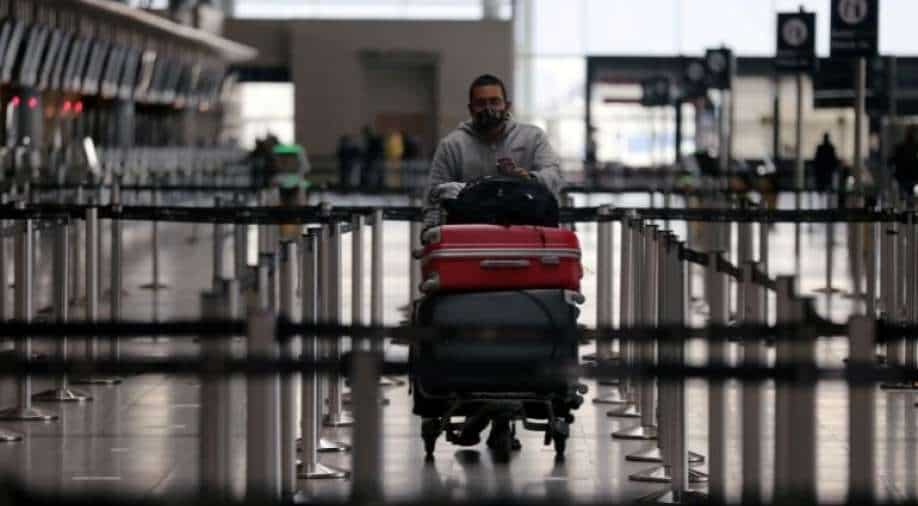 The restrictions came into force on Thursday, although travellers who were already in the air or on their journey to Colombia are exempt

Colombia has barred non-resident arrivals from India through the end of June in an effort to prevent the spread of COVID-19 variant B.1.617, the health ministry said on Friday.

The restrictions came into force on Thursday, although travellers who were already in the air or on their journey to Colombia are exempt.

The variant's potentially higher rates of transmission motivated Colombia's decision, the ministry in a statement.

The B.1.617 variant is believed by some experts to be even more transmissible than the B.1.1.7 variant first detected in Britain.

India's hospitals and crematoria have been overwhelmed by the second wave in coronavirus cases.

It is widely accepted official figures of more than 25 million cases in the Asian country grossly underestimate the real impact of the epidemic, with some experts saying infections and deaths could be up to 10 times higher.

Colombia's restrictions apply to travellers who have been in India within the last 14 days or who had a connecting flight there, the statement said.

Travellers who are exempt from the ban, including diplomats and those with work visas, must present a negative PCR test upon entry, take an additional test within 24 hours of arrival and a third on the seventh day after entry.

They should also be in strict quarantine for 14 days, the statement said.

"Combined with Colombia's confrontation of a third peak in the pandemic, the advisory committee for confronting the COVID-19 pandemic recommended the suspension of entrance to the country of non-resident travelers from the Republic of India," the ministry's director of epidemiology Julian Fernandez said.

Colombia's major cities are weathering the third peak of infections expected to last through the end of May, with large anti-government protests blamed for extending high case numbers.

The Andean country has confirmed nearly 3.2 million infections and over 83,000 deaths over the course of the pandemic. It has so far administered 8 million doses of coronavirus vaccines.