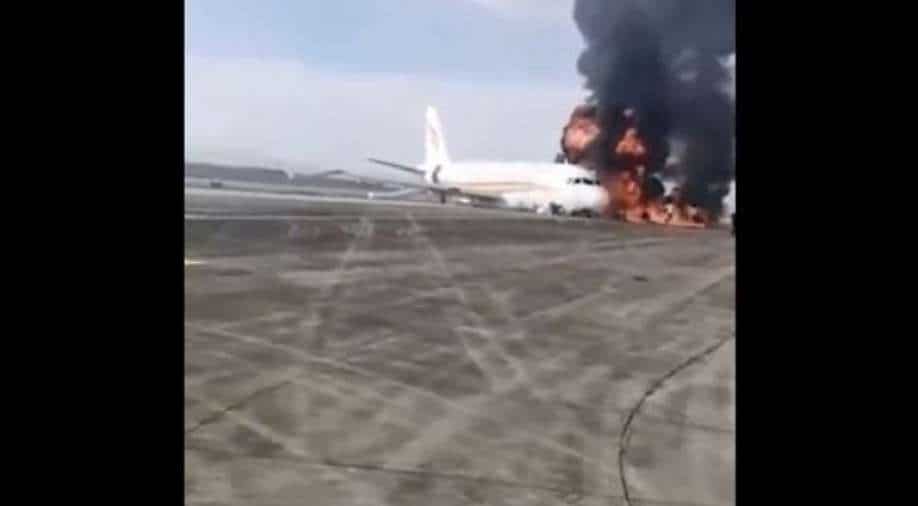 A plane went off the runway on Thursday at an airport in China’s Chongqing and caught fire, news agency AFP reported, citing local media.

On Thursday (May 12), a passenger plane operated by China's Airlines skidded off the runway and caught fire as it took off from Chongqing in the country's southwest.

According to the state-run Xinhua news agency, the Tibet-bound airliner carried 113 passengers and nine staff members.

The passengers and crew were all removed from the jet, and the injured were sent to a nearby hospital for treatment. The number of fatalities was not immediately known, according to the state-run China Global Television Network (CGTN).

According to the Hong Kong-based South China Morning Post, video footage aired by China Central Television (CCTV) showed flames and billowing black smoke spewing from the fuselage of the Tibet Airlines plane on the tarmac at Chongqing Jiangbei international airport.

A plane veered off the runway during take-off and caught fire at an airport in SW China's Chongqing on Thursday morning. 113 passengers and 9 crew members have been evacuated safely and some people slightly injured have been sent to hospital, said the Tibet Airlines. pic.twitter.com/FUZX3MSnfA

People were observed fleeing the plane after exiting using the rear door's evacuation slide. The fire had been put out and the runway had been closed, according to CCTV. When the fire broke out, the plane was set to take off towards Nyingchi, Tibet.

The accident is being investigated, according to the airline.

This is the second passenger aviation accident in China in recent weeks.

On March 12, a Boeing 737 flight from Kunming to Guangzhou crashed in the Guangxi Zhuang autonomous region's Tengxian county. All 132 people on board were killed, including nine crew members.