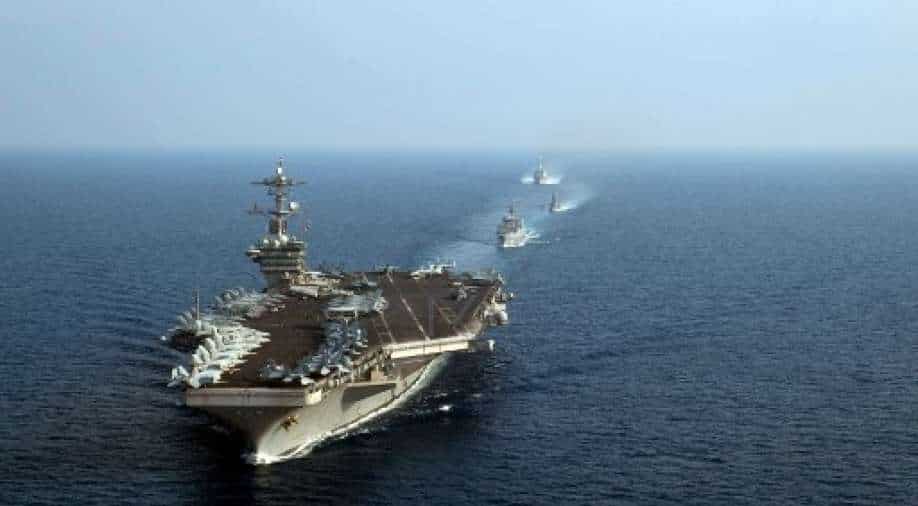 An international court in 2016 had rejected China's claims over islands in the South China Sea, however, the Chinese regime refused to abide by the verdict.

Amid tensions in the South China Sea with China, the US State Department in a document hit out against the "unlawful" claims by President Xi's government.

China lays claim to the disputed islands in the South China Sea, however, other countries including Vietnam, Taiwan, Philippines also claim areas surrounding the sea bringing them in conflict with the Chinese regime.

"The overall effect of these maritime claims is that the PRC unlawfully claims sovereignty or some form of exclusive jurisdiction over most of the South China Sea," the US document said.

The US State Department said China should halt "unlawful and coercive activities" in the South China Sea. US warships have often sailed through the disputed waters angering China.

An international court in 2016 had rejected China's claims over the island, however, the Chinese regime refused to abide by the verdict.

"These claims gravely undermine the rule of law in the oceans and numerous universally recognized provisions of international law reflected in the Convention," it said

The former Trump administration had earlier opened backed the claims of southeast nations in the South China Sea challenging China. The area is rich with mineral and gas deposits with southeast nations fearful of China's growing military influence in the region.