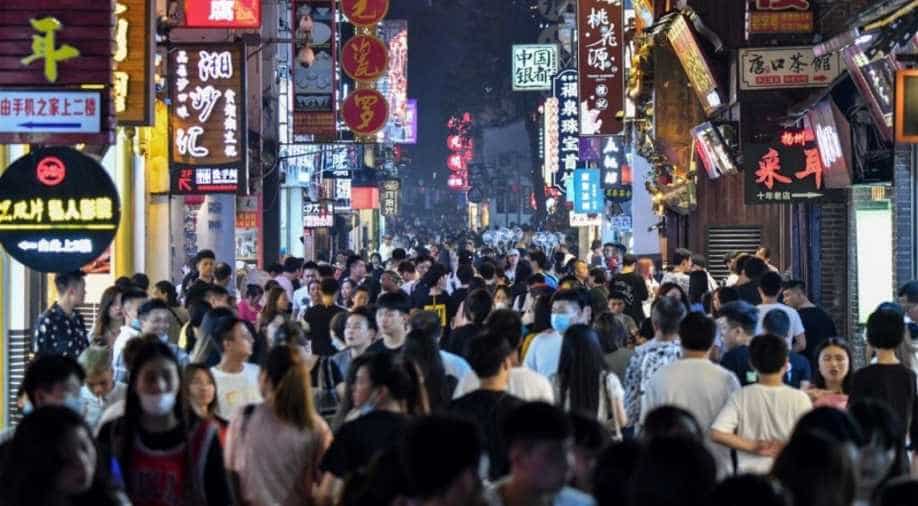 The list featured 155 goods from 77 countries, with about two dozen items added since the 2018 report such as Ethiopian khat, a plant used as a stimulant, and fish from Taiwan’s distant-water fleet.

The United States on Wednesday identified China as the global hotspot for goods made with forced labor, highlighting growing concern over treatment of Uighur Muslims in the country’s Xinjiang region.

The U.S. Department of Labor (DOL) published its biennial list of goods believed to be produced by child or forced labor that included 17 Chinese-made products, from gloves to Christmas decorations.

The list featured 155 goods from 77 countries, with about two dozen items added since the 2018 report such as Ethiopian khat, a plant used as a stimulant, and fish from Taiwan’s distant-water fleet.

“All the abuses detailed in these reports are troubling, but there’s one in particular that stands out,” U.S. Labor Secretary Eugene Scalia told a news call on Wednesday.

“China by a wide margin has more goods made with forced labor than any other country.”

The Xinjiang region in northwest China is home to a large population of Uighur people, a minority that faces repression from the Chinese government.

The United Nations has said reports suggest 1 million Uighur Muslims have been detained in camps there.

China denies mistreatment of the Uighurs and says the camps are vocational training centers needed to fight extremism.

A representative of the Chinese Embassy did not immediately respond to a request for comment.

Activists have warned that a focus solely on Xinjiang is too narrow, and a report by an Australian think tank earlier this year found that tens of thousands of Uighurs had been moved to work in factories across China.

In its report, the DOL said that the transportation of Uighurs broadened the risk of forced labor in supply chains.

The U.S. government’s criticism of China comes at a time of bilateral trade tensions between the two countries and limited but growing efforts by U.S. customs to ban goods tainted by forced labor, from Malaysian palm oil to Chinese cotton.

Some 25 million people globally are estimated by the U.N.’s International Labour Organization (ILO) to be victims of forced labor.

Millions of children around the world could be pushed into work as schools remain closed and families struggle to survive the economic crisis triggered by the coronavirus pandemic, the United Nations has warned.

Jennifer Rosenbaum, U.S. director for the Washington, D.C.-based nonprofit Global Labor Justice, said the report put companies on notice that they could be penalized in the future.

“The report issued today shows that the use of forced labor on global supply chains and the profiting by companies at the top is a problem across country and across sector,” she told the Thomson Reuters Foundation.

“It’s important for working people to stand in solidarity with each other.”

The DOL noted that a country with a large number of goods on the list can sometimes be an indicator that policymakers are being transparent about the problems.

Separately on Wednesday, the U.S. government said it banned the import of palm oil from a Malaysian company on suspicions that the products were made with forced labor.

The Customs and Border Protection (CBP) agency said it has issued 13 orders to block goods made with forced labor so far in fiscal year 2020.