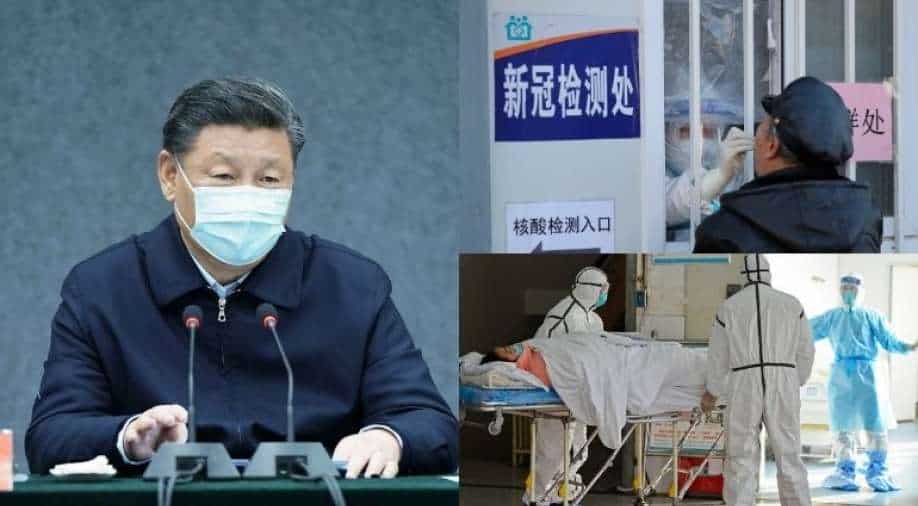 The new strain, which experts say potentially spreads faster than the original variant, has prompted travel restrictions on the UK by more than 50 countries, including China, where the coronavirus first emerged late last year

China has detected its first imported case of the new coronavirus variant that is spreading rapidly around Britain, according to a publication run by the Chinese Center for Disease Control and Prevention (CDC).

The new strain, which experts say potentially spreads faster than the original variant, has prompted travel restrictions on the UK by more than 50 countries, including China, where the coronavirus first emerged late last year.

The first patient in China with the new variant is a 23-year-old woman from Shanghai who arrived from Britain on December 14, health officials said.

She was hospitalised on arrival as she showed mild symptoms. Health experts conducted a genetic sequencing of her test samples on December 24 "due to travel history from the UK and abnormalities in nucleic acid test results"," the China CDC said.

The patient was found to have a strain different to those found in Shanghai or Wuhan earlier, and further testing confirmed it was the variant known as B.1.1.7 that has been spreading in the UK since October.

The variant includes a genetic mutation that, in theory, could result in COVID-19 spreading more easily between people.

The case "poses a great potential threat to the prevention and control of COVID-19 in China", the publication said.

Health authorities have carried out contact-tracing, the CDC statement added.

China suspended direct flights to and from Britain indefinitely on December 24 because of the new strain.

British Prime Minister Boris Johnson has said the new variant "may be up to 70 percent more transmissible than the original version of the disease".

But there is no evidence so far to suggest that infection with the new variant is more likely to lead to a severe case of Covid-19 or increase the risk of death.