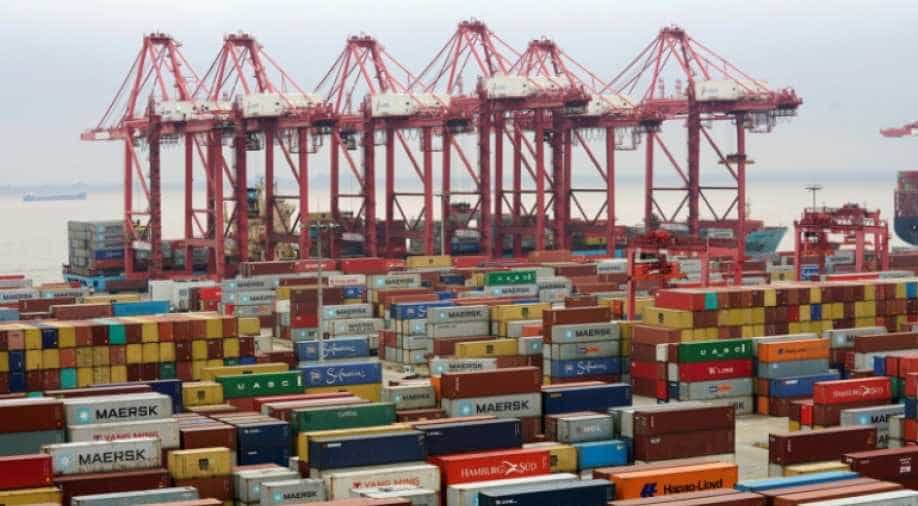 China's exports unexpectedly returned to growth in January after a shock decline the previous month, while imports fell much less than expected, but analysts said it was likely due to seasonal factors and predicted renewed trade weakness ahead.

Global investors and China's major trading partners are closely watching to see how quickly its economy is cooling, or if a spate of support measures announced last year are beginning to take hold, lifting some of the gloom hanging over the world economy.

January exports rose 9.1 per cent from a year earlier, customs data showed on Thursday. Economists polled by Reuters had expected a 3.2 per cent drop after a 4.4 per cent decline in December.

Imports fell 1.5 per cent from a year earlier, much better than analysts' forecasts for a 10 per cent fall and narrowing from December's 7.6 per cent drop.

That left the country with a trade surplus of $39.16 billion for the month, better than forecasts of $33.5 billion

Analysts warn that data from China in the first two months of the year must be treated with caution due to business distortions caused by the long Lunar New Year holidays, which fell in mid-February in 2018 but started on February 4 this year.

"Clearly, the numbers surprised the market on the upside. But given the deceleration of global PMI and the weak Korean trade data, it might be premature to conclude that the trade prospect has improved just based on the January number alone," said Tommy Xie, China economist at OCBC Bank in Singapore.

"I suspect that the recovery may be partially due to the Chinese New Year effect as this year's CNY is slightly earlier as compared to last year."

Economists had widely tipped that China would see weaker exports early this year. Factories have reported shrinking overseas orders for months and warehouses in America are packed to the rafters with Chinese goods that retailers stockpiled last year in anticipation of more US tariffs.

Trade globally has also been faltering amid rising protectionism and a loss of momentum in some major economies, most notably in Europe.

Pressure on China will escalate quickly if Beijing and Washington cannot reach a deal soon to end their year-long trade war. The US is set to sharply raise tariffs on $200 billion worth of Chinese imports from March 1, though President Donald Trump said this week he could let the deadline "slide for a little while" if a deal appears close.

China's trade surplus with the United States narrowed to $27.3 billion in January, from $29.87 billion in December, customs data showed on Thursday.

Net exports actually dragged on China's growth by 8.6 per cent last year, even after the unexpected jump in sales to the US, Reuters calculations based on official data showed.

Factory surveys have also show weakening domestic orders, and broader economic weakness is taking a toll on both business and consumer confidence. Retail sales during the Lunar New Year holiday rose 8.5 per cent from a year earlier, still solid but the slowest pace since at least 2011.

China's economic growth slowed to 6.6 per cent in 2018, weighed down by rising borrowing costs and a clampdown on riskier lending that starved smaller, private companies of capital and stifled investment.