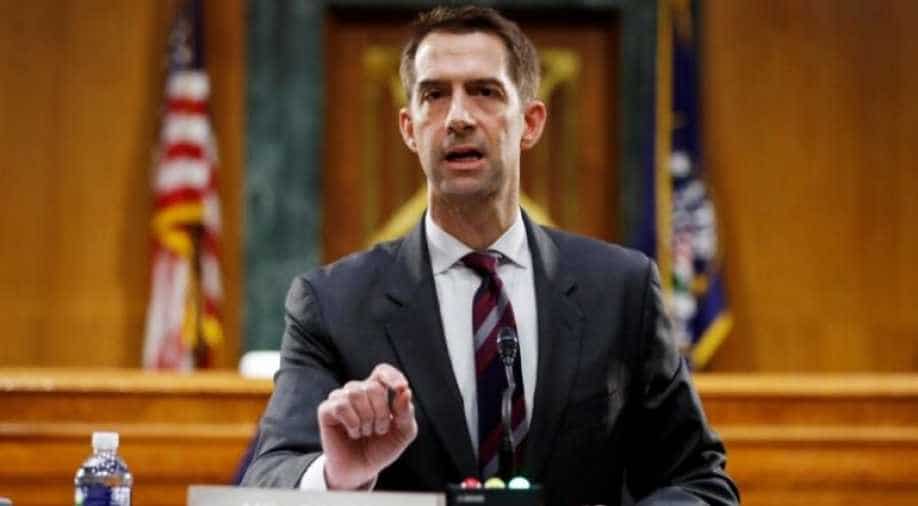 Cotton is one of several members of the U.S. Congress who have sought to put pressure on Britain to reverse its January decision to give China's Huawei a limited role in building Britain's 5G networks.

Cotton is one of several members of the U.S. Congress who have sought to put pressure on Britain to reverse its January decision to give China's Huawei a limited role in building Britain's 5G networks.

"It is my hope that the special relationship remains strong although I fear China is attempting to drive a hi-tech wedge between us using Huawei," Cotton told the British parliament's defence committee.

The United States has raised security concerns about Huawei equipment, saying it could be used to steal Western secrets, and has warned that allies that use it in their networks risked being cut off from valuable intelligence sharing. Huawei has repeatedly denied the U.S. allegations.

Huawei Vice President Victor Zhang said: "It's clear that market position, rather than security concerns, is what underpins America's attack on Huawei. The committee was given no evidence to substantiate security allegations."

Britain has said Huawei's involvement will be capped at 35% and it will be excluded from the network's sensitive core.

Last month, the Daily Telegraph newspaper reported that, in the wake of the coronavirus crisis, Prime Minister Boris Johnson had asked officials to plan to reduce China's involvement in British 5G infrastructure to zero by 2023.

"I do hope that as the government refines its decision, that if it doesn’t reverse it outright, it will mitigate it and minimise the use of Huawei technology, put it on a shorter time frame," Cotton said.

"I would welcome that decision to go to zero by 2023 and I would urge you to try and do so even sooner."

Since Britain's decision on Huawei, relations between London and Beijing have grown tense over the situation in Hong Kong.

On Tuesday, Britain said Beijing should step back from introducing a national security law in Hong Kong which it said was in breach of the 1984 agreement marking the handover of its former colony to China.