Bushfires rage in Australia's southeast but Sydney temperatures could drop 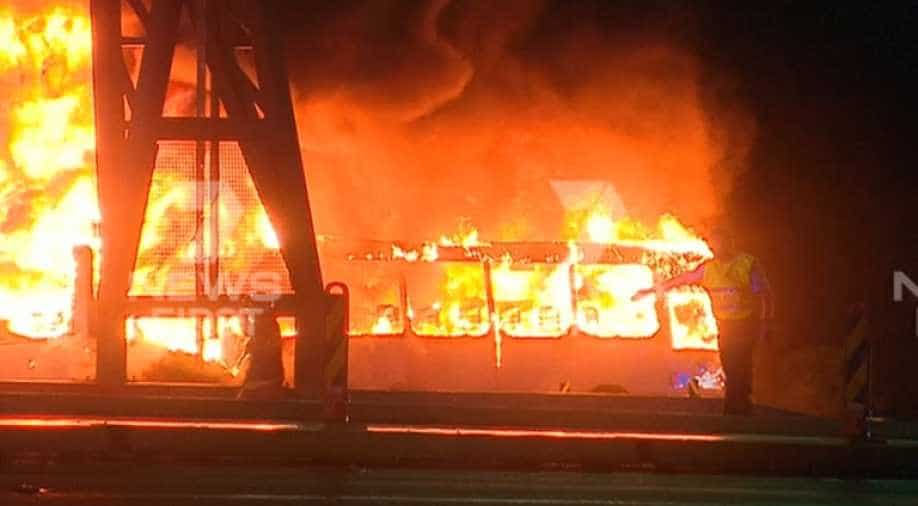 The fire near Rosedale, about 200 km (124 miles) east of Melbourne, had burnt more than 10,000 hectares (25,000 acres) and sudden wind changes on Friday created risky conditions for roughly 40 firefighters, an emergency official said.

One fire in eastern Victoria, the second most populous state, prompted fire authorities to issue a watch and act warning for residents in 14 different towns.

The fire near Rosedale, about 200 km (124 miles) east of Melbourne, had burnt more than 10,000 hectares (25,000 acres) and sudden wind changes on Friday created risky conditions for roughly 40 firefighters, an emergency official said.

"They found themselves in a very serious situation and they were shaken," Andrew Crisp, the state`s emergency management commissioner, told reporters on Saturday.

The origin of the Rosedale fire and another in Victoria were being treated as suspicious, with police and fire authorities investigating their cause, he added.

In the southern island state of Tasmania, a bushfire had burnt through 15,000 hectares (37,000 acres) of southwestern wilderness by Saturday, fire officials said.

Both Victoria and Tasmania had sweltered through above average temperatures on Friday, with Melbourne recording a near-record 42 degrees Celsius (107.6 F) and Hobart reaching 40 C (104 F).

But both states will see far cooler temperatures over the weekend, following a rapid cool change on Friday, weather officials said.

Yet by Saturday morning the cooling temperatures had not reached parts of Sydney, Australia`s most populous city, where the mercury reached almost 38 C (100.4 F) by midday.

A Bureau of Meteorology forecaster told Reuters the weather pattern that brought temperature drops to Melbourne and Tasmania was expected to reach Sydney by afternoon.