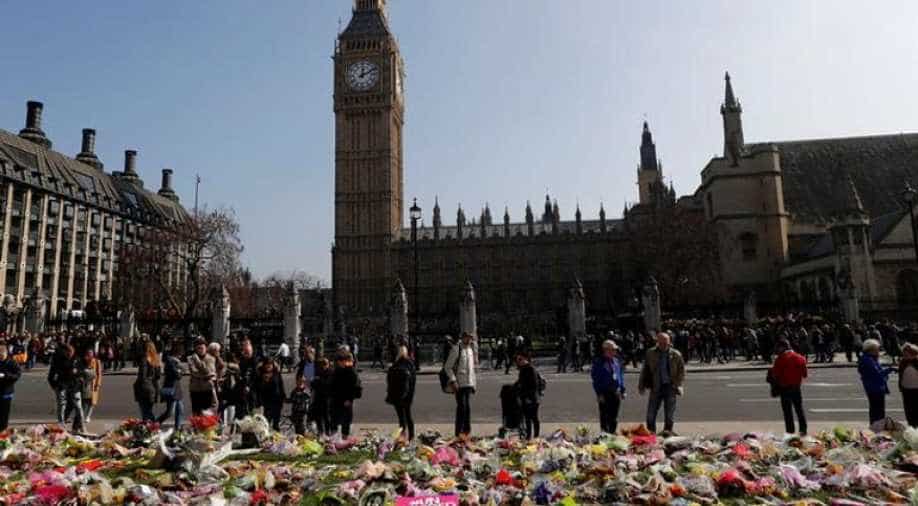 Eleven of those arrested had already been released, and on Saturday police freed the 12th person, a 30-year-old man arrested on March 26 in Birmingham on suspicion of preparation of terrorist acts. Photograph:( Reuters )

All 12 people arrested in connection with the March 22 attack that left five people dead close to the British parliament have now been released without charge, London's Metropolitan Police said on Saturday.

British-born Khalid Masood sped across Westminster Bridge in a car, killing three pedestrians and injuring dozens more, before running through the gates of parliament and stabbing a policeman to death. He was then shot dead by police.

"All those arrested in connection with the terrorist attack in Westminster on Wednesday, 22 March have now been released with no further action," the Metropolitan Police said in a statement.

Eleven of those arrested had already been released, and on Saturday police freed the 12th person, a 30-year-old man arrested on March 26 in Birmingham on suspicion of preparation of terrorist acts.

Police say Masood had copied the low-cost, low-tech attacks encouraged by Islamic State, but investigators have not found any evidence linking Masood to extremist groups at home or militants abroad.

British media have reported Masood accessed the encrypted messaging service WhatsApp moments before the attack, leaving open the possibility someone else could have been involved.

"Whilst we believe at this stage Masood acted alone in his execution of the attack, our investigation continues to establish whether there are any others involved in any way and I do emphasise this is a live investigation," Craig Mackey, acting head of London police, said on Wednesday.