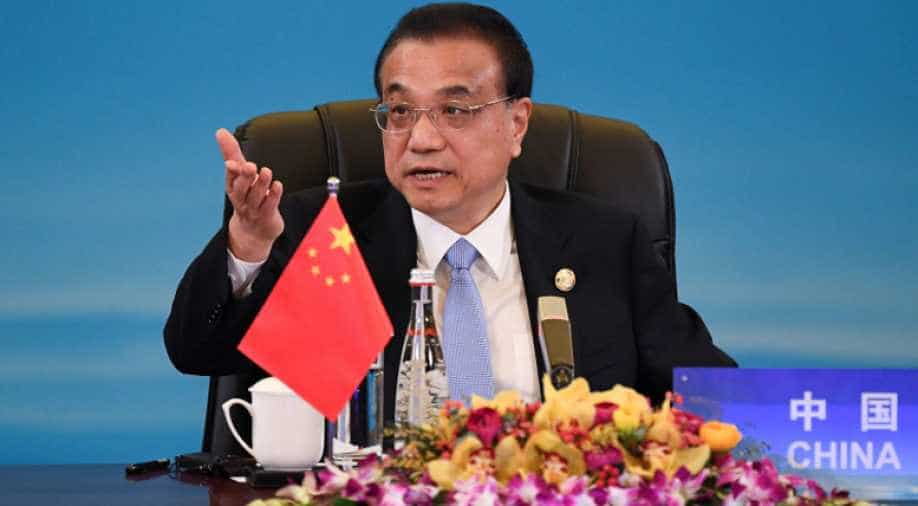 Beijing claims Taiwan as its territory and has threatened to invade if it tries to make its de facto independence official.

China's Premier Li Keqiang reiterated the government's stance on Hong Kong and Taiwan on Friday, in an address to the country's ceremonial legislature.

Speaking at the opening of the annual meeting of China’s parliament, Li said Beijing stands by the “one China” principle, which states that Taiwan is part of China.

He repeated official promises to promote a "peaceful growth of relations" with Taiwan but announced no new initiatives toward the self-ruled island that split with the mainland in 1949 following a civil war.

Beijing claims Taiwan as its territory and has threatened to invade if it tries to make its de facto independence official.

China remains committed “to promoting the peaceful growth of relations across the Taiwan Strait and China’s reunification”, he told the roughly 3,000 delegates at Beijing’s Great Hall of the People.

“We will promote exchanges, cooperation and integrated development across the Taiwan Strait. Together we can shape a bright future of rejuvenation for our great nation.”

Taiwan has complained of increased Chinese military harassment since the coronavirus pandemic began, with fighter jets and naval vessels regularly approaching the island on drills China has described as routine.

China says Taiwan is its most sensitive and important territorial issue, and has never renounced the use of force to bring what it views as a Chinese province under its control, making the Taiwan Strait a potential military flashpoint.