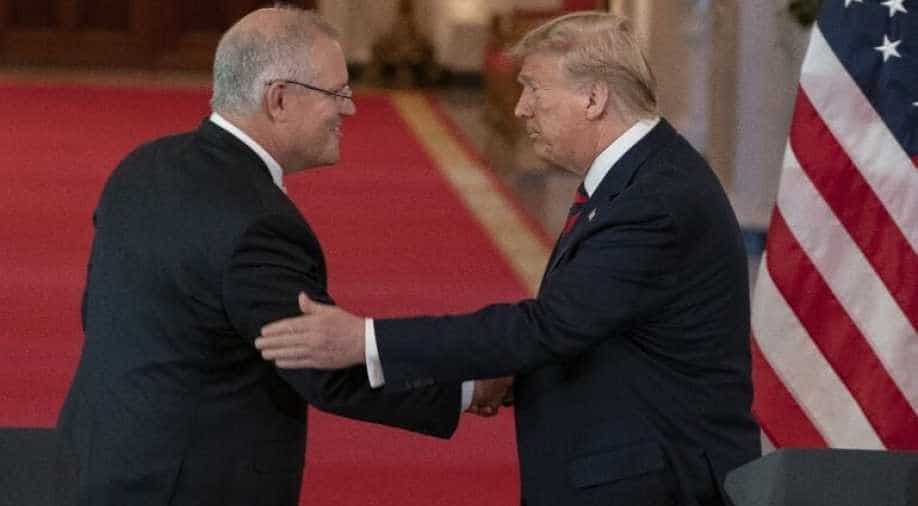 "There was no discussion about anything else," Morrison, who made a state visit to the White House on Friday, told journalists, according to a transcript.

Australia is not getting involved with the United States in its pursuit of aims in relation to Iran, beyond a commitment to freedom of navigation in the region, Prime Minister Scott Morrison said after talks with US President Donald Trump.

"There was no discussion about anything else," Morrison, who made a state visit to the White House on Friday, told journalists, according to a transcript.

"There was an appreciation of our involvement in that particular operation which was I remind everyone is about freedom of navigation in the Straits of Hormuz. That's what that is about. The other matters that are being pursued by the United States are matters that they're pursuing."

Trump last week approved sending US troops to bolster Saudi Arabia's air and missile defences after the largest-ever attack on the kingdom's oil facilities, which the United States has squarely blamed on Iran.

The tension between the United States and Iran has been rising since President Trump abandoned the Iranian nuclear agreement last year and the attack on the oil facilities has spurred concerns of an escalation into a new war.

The US president had signalled he would raise with Morrison a possible military contribution in Iran, although later he said the topic had not been discussed.

In August, Australia joined the US-led International Maritime Security Construct (IMSC) in support of freedom of navigation in the Strait of Hormuz.

"I made it very clear when we announced our involvement in that arrangement that it was very much about that freedom of navigation issue and that's what it is about and that's appreciated," Morrison said.

He also praised Trump for what he said was a "restraint" in relation to Iran.

"And it was good to have the opportunity to confirm that again in the course of our discussions," Morrison said. "So I think that should provide some assurance. I mean Australia will make its decisions in our national interest."