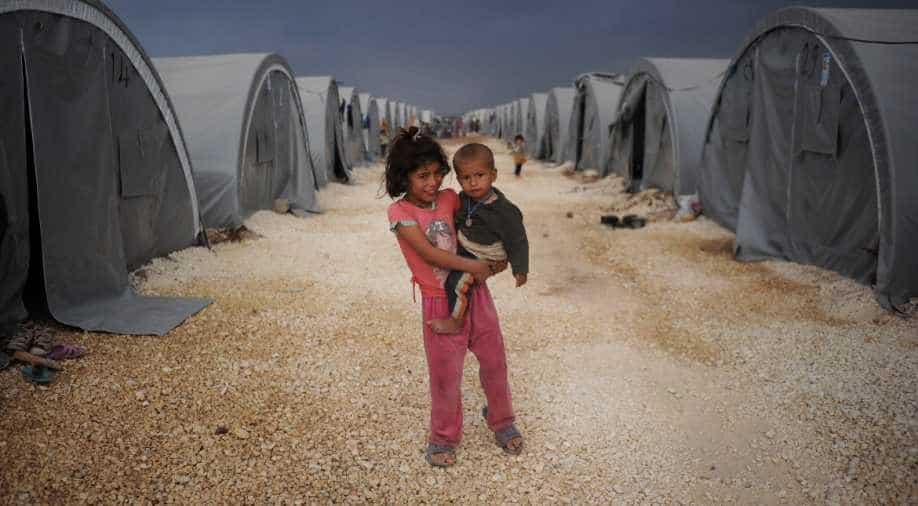 Aleppo's quarter of a million residents have been besieged and bombarded for months, prompting international outcry. Photograph:( Getty )

As the city's fall nears, Aleppo's remaining residents are tweeting their “final goodbyes”.

NInety-eight per cent of the city is under regime control and the rebels holed up in one tiny, heavily-bombarded pocket,

In one such tweet, a media activist sent out a video message which he called “close to if not the last communication”.

Perhaps my final message from E. Aleppo. Regime forces are closing in and bunker busters are raining down. pic.twitter.com/XgK0DSa08x

A man from Aleppo tweeted photos of his daughter, saying: “Will I see her for another day”. “This is a call and this might be the last call,” he tweeted, calling on viewers to “save’ the people of Aleppo.

this is a call and might be the last call.
Save Aleppo people. Save my daughter and other children. #StandWithAleppo

Lamar is beginning me to hold her up.
Will I see her for another day? pic.twitter.com/nQ3lvsoBC1

I can tweet now but I might not do it forever. please save my daughter's life and others. this is a call from a father.

Another man said he was “surprised” he was still alive and tweeting.

Others said they should not be lulled into believing the fall of Aleppo would mean a return to "normalcy".

1/ We need to be very careful before thinking that the "fall of #Aleppo" will mean a return to peace, calm, or normalcy in any sense.

2/ "Now it's not about victory, it is about a hundred thousand civilians," a member of the local council in #Aleppo told me today.

3/ Every person in East #Aleppo is at risk of imprisonment as soon as they are back in the regime's hands. Every single one.