Another allegation made against man accused of rape in Australia Parliament 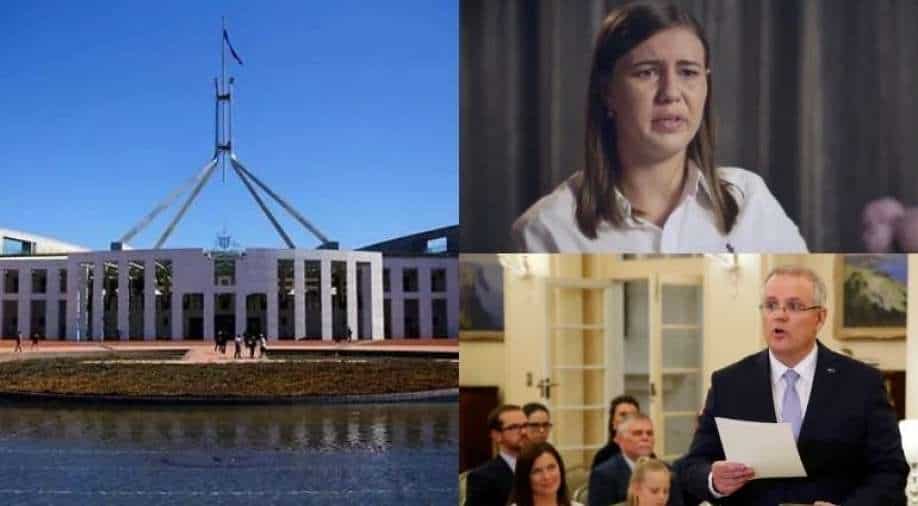 A few days ago an Australian citizen, Brittany Higgins, came forward and accused a government employee of raping her in the office of then-defence industry minister Linda Reynolds in March 2019

After an explosive revelation about a sexual assault accusation in the Australian Parliament, another victim has come forward with allegations against the same staff member.

A few days ago an Australian citizen, Brittany Higgins, came forward and accused a government employee of raping her in the office of then-defence industry minister Linda Reynolds in March 2019.

Higgins had alleged that after a night out drinking with conservative Liberal Party colleagues, she was sexually assaulted by one of her male colleagues in Reyonolds' office.

She also accused her seniors of not taking any appropriate action against this allegation when they were informed in 2019. On the contrary, Higgins claims, she was asked to attend a formal employment meeting in that very room.

This had prompted an apology from the Prime Minister, Scott Morrison. "That should not have happened. And I do apologise," he told local reporters. "There should not be an environment where a young woman can find herself in such a vulnerable situation. That is not OK."

Now, after almost a week of this accusation, another victim has come forward and has accused the same man of sexually assaulting her — making this third allegation against the staffer.

These series of allegations have prompted a concerned response from the country's finance minister, Simon Birmingham who says he has spoken to the sex discrimination commissioner, Kate Jenkins, about setting up an independent inquiry into the parliamentary culture.

"Any workplace should be a safe workplace and the parliament should lead by example in terms of providing that safety," he told a local news channel.

He also raised concern about how "distressing" it was that Higgins was made to feel that she had to choose between her filing a police complaint and her "dream job" at the age of 24.

Birmingham is hoping to raise awareness about such instances and how to deal with different scenarios. "This is one of the significant tension points as to at what point the rights of individuals in making their decisions are respected versus the responsibility of others to try to pursue actions if they are not being pursued or undertaken by the individual," he said.

While Higgins has appreciated the apology from Morrison, she is still doubtful about the implementation of the said and desired change.

"The Prime Minister's announcement of an investigation into the culture in Parliament House is a welcomed first-step, though it is long overdue," she said.