After parliamentary study on Uyghur 'genocide', Canada pushes for sanctions on Chinese officials 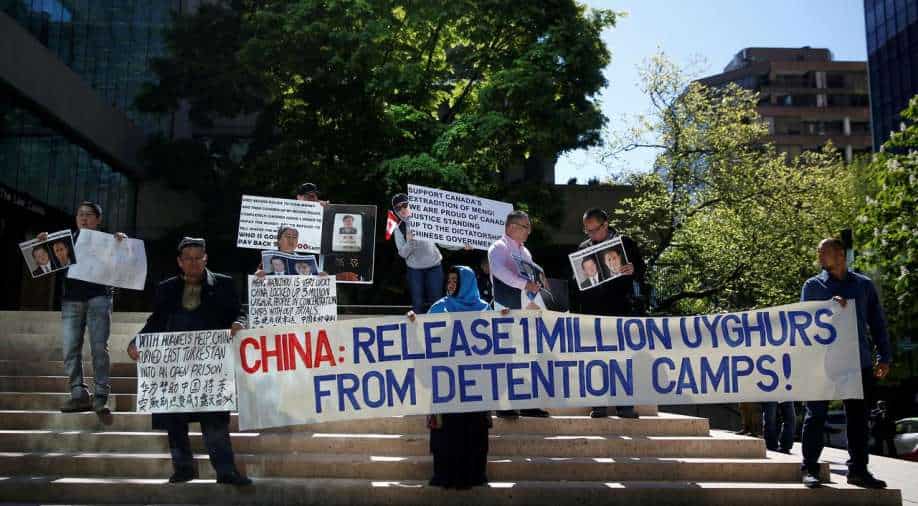 After a parliamentary study established "genocide" against the Uyghurs in China, members of Parliament in Canada are continuing to push for the Justin Trudeau led-government to impose sanctions on Chinese officials for human rights abuses

After a parliamentary study established "genocide" against the Uyghurs in China, members of Parliament in Canada are continuing to push for the Justin Trudeau led-government to impose sanctions on Chinese officials for human rights abuses.

"Some of the testimony we heard was so horrendous that I`m certain some people would actually look at this and think it`s a movie script. But this is actually happening," Conservative MP David Sweet was quoted by Global News.

These remarks come after a subcommittee last month released a statement detailing the findings of their study into the human rights situation of Uyghur and other Turkic Muslims in the Xinjiang province.Responding to the report, Sweet said, "We encourage the government as well... that they would align with, certainly our Commonwealth partners, and make sure that we`re establishing a very clear response to the bully tactics from the Chinese Communist Party."

Besides Sweet, Heather McPherson said that Canadian Prime Minister Trudeau has spoken about the issue, adding that "we have heard the words that Minister Champagne and the prime minister have said, but what we are looking for is further action, of course, and hopefully that this statement and our subsequent report will lead to greater impact and greater action, particularly working with our allies.

"In the report published in October, the subcommittee said that human rights abuses, ranging from mass detentions, to forced sterilizations, to claims of widespread organ harvesting and coerced labour."

Survivors of the concentration camps described deplorable conditions. The subcommittee heard that detainees are abused psychologically, physically and sexually.

They are forbidden from speaking the Uyghur language or practising their religion," the statement said.The statement also alleged campaign of "inhumane population control measures."

Also read: US says no justification for Uighur 'concentration camps' in China

"Documents show that in 2019, officials in Xinjiang hoped to subject over 80 per cent of women of childbearing age in the four Uyghur majority southern prefectures to birth control measures with long-term effectiveness," the statement was quoted by Global News.

The subcommittee was told that population growth in predominantly Uyghur areas of Xinjiang fell by 84 per cent between 2015 and 2018.Classified documents known as the China Cables, accessed last year by the International Consortium of Investigative Journalists, threw light on how the Chinese government uses technology to control Uyghur Muslims worldwide.

However, China regularly denies such mistreatment and says the camps provide "vocational training."People in the internment camps have said they are subjected to forced political indoctrination, torture, beatings and denial of food and medicine, besides being prohibited from practising their religion or speaking their language.