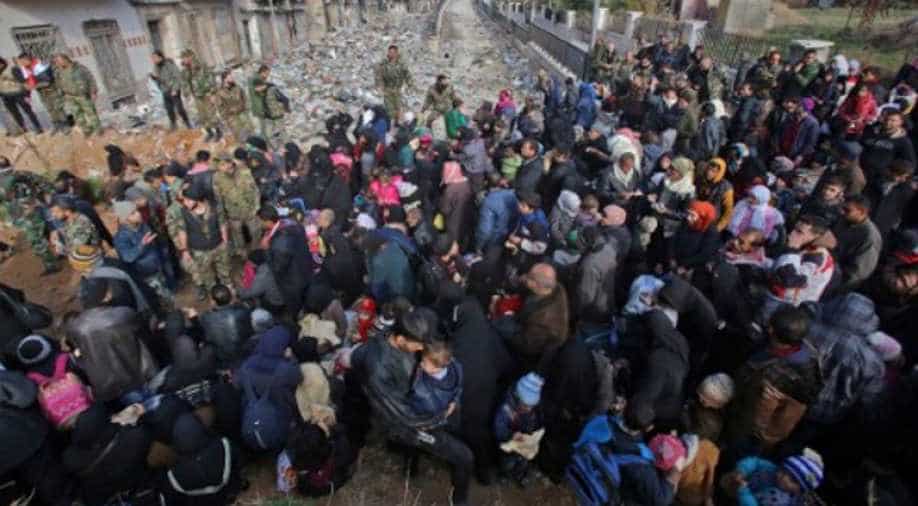 The evacuations began last week but were hampered in recent days by heavy snowfall and freezing temperatures. Photograph:( AFP )

More than 4,000 rebels left Aleppo in recent hours as the evacuation of rebel-held parts of the city nears its conclusion, the International Committee of the Red Cross said Thursday.

"Overnight between Wednesday and Thursday, in one of the last stages of the evacuation, more than 4,000 fighters were evacuated in private cars, vans, and pick-ups from eastern Aleppo," said Ingy Sedky, the ICRC's spokeswoman in Syria.

She said about 34,000 people had now left rebel areas of Aleppo under an evacuation deal that will allow President Bashar al-Assad`s forces to retake control of the city after years of fighting.

The evacuations began last week but were hampered in recent days by heavy snowfall and freezing temperatures.

"The bad weather, including heavy snow and wind, and the poor state of vehicles (many of them had to be towed) mean things are moving much more slowly than expected," Sedky said.

"The evacuation will continue for the entire day and night and most probably tomorrow. Thousands are still expected to be evacuated."