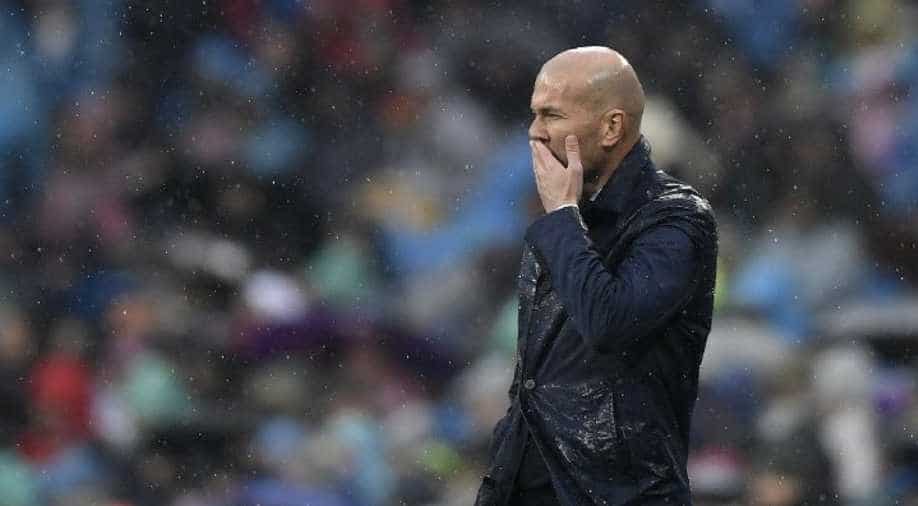 Though Real Madrid started the season on a high, the La Liga giant have struggled of late with the gap between them and Barcelona has widened so much so it's really tough to catch up with Catalan giant as the title rate is anything but over.

On Saturday, Villarreal registered their first victory ever at the Santiago Bernabeu against Real Madrid. Pablo Fornals of Villarreal struck with 3 minutes remaining to escape with a 1-0 win on Saturday.

Real Madrid got 11 corners and had 28 shots on target but could not convert any of them as their accuracy was below par.

"We didn't deserve to lose. We had the better chances but the ball did not want to go in," said Zidane after Real's second straight home league defeat.

"There is no explanation for this, I think we did everything we could. We had a lot of chances to score a goal. It's a bad result, it will last for some time. I can say nothing more to my players about what they have done. The only thing I can say is we are having a bad moment, we are struggling a bit. It's a loss that is difficult to digest," he added.

A few days back Real Madrid saw their team draw with a second-division club Numancia 2-2 in the Copa del Rey.

Real is playing without their captain Sergio Ramos, as he is out due to an injury. He has been diagnosed with a muscular tear in the left soleus muscle.

Recently, Sergio posted his training video on social media which shows he is recovering fast.

It is expected that he will be back before the first leg of the Champions League showdown with Paris Saint-Germain on February 14.

Madrid's coach Zidane is definitely under the immense pressure of losing his job.

Also, the club is going through the crisis situation of having the worst season in past 20 years. Last season, they were unstoppable and reigning the Spanish leagues.

On one hand, Villarreal created history but on the other Real Madrid faced a devastating loss at their home ground. Villarreal moved to fifth place with the victory on the table.

The defending La Liga champions are currently fourth in the table. Now, the rival club FC Barcelona sits 16 points clear of Real Madrid. No club in history has ever covered such huge margin of points.