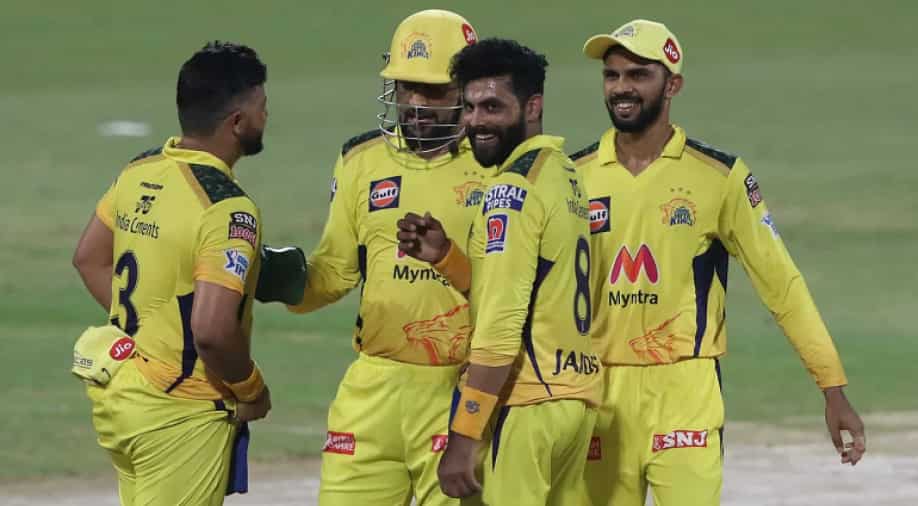 IPL 2021: After MS Dhoni-led Chennai Super Kings (CSK) lost to the Delhi Capitals in match 50, a fan asked Brad Hogg if the Men in Yellow will be able to win the championship this year in the UAE.

The MS Dhoni-led Chennai Super Kings (CSK) have qualified for the playoffs in IPL 2021. In fact, the three-time champions became the first team to proceed to the last four. However, they are still not confirmed of a top-two finish. On Monday (October 4), Dhoni & Co. locked horns with Rishabh Pant-led Delhi Capitals (DC) and had a chance to confirm a slot in the top-two with a win, however, they lost the clash by 3 wickets.

Being asked to bat first, CSK were off to a good start but were soon reduced to 62-4. From thereon, they struggled to get going -- mainly due to Dhoni's uninspiring 27-ball 18 -- as they managed only a modest 136-5 riding on Ambati Rayudu's 55 not out. In response, DC made it tough for themselves but finished the chase in the final over with 3 wickets to spare.

Following CSK's performance, where their under-performing middle-order were once again exposed, a fan asked former Aussie spin wizard Brad Hogg, on Twitter, if Chennai will be able to win their fourth championship with such a fragile and vulnerable middle-order.

To this, Hogg replied saying, "I'm backing a #DCvCSK final."

Chennai will now lock horns with the KL Rahul-led Punjab Kings (PBKS) in their remaining group stage encounter. They will hope to end their two-match losing streak and enter the playoffs as the top-two ranked sides, along with DC.

Dhoni & Co. will also hope for their middle-order to finally stand tall and perform in the final round of the IPL 14 edition.