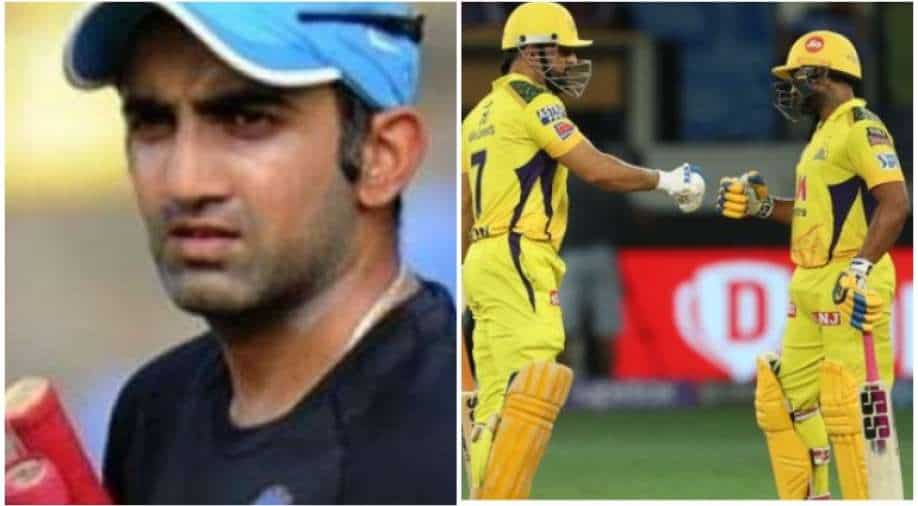 The Chennai Super Kings (CSK) made their way back to the IPL in the 2018 edition, after their two-year suspension on account of the infamous spot-fixing scandal. Since then, the MS Dhoni-led franchise have remained one of the most consistent sides -- like they were before the suspension -- but endured a forgettable campaign in IPL 2020. Nonetheless, the Yellow Army continue to be one of the most-followed IPL franchises to date. Since their return, they have added one more trophy to their cabinet (in 2018) and plethora of fans worldwide.

Gambhir said on Star Sports, "I believe Ambati Rayudu has been the player of the franchise since he joined CSK. He scored runs when he opened or played at No.3 or No.4, he has delivered in whichever position he has played. It is very difficult when your batting order is being shuffled but despite that the way he bats. He had an impact when he used to open with Watson, today he is playing at No.4 and he has a similar impact. We might talk about Ravindra Jadeja, Suresh Raina and the others, but he has probably been the player of the franchise in the last three-four years," he opined.

He will like to continue in a similar manner in the playoffs and help Dhoni & Co. win their fourth IPL title.