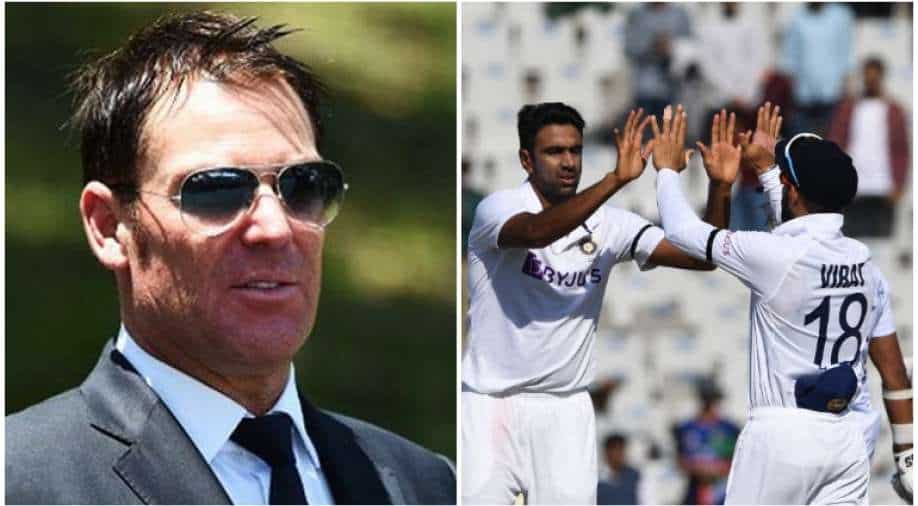 Sharing an unheard story of Shane Warne, Team India's wily off-spinner R Ashwin recently revealed how the Aussie great had developed strong shoulders after breaking his legs. Warnie had narrated the whole incident to Rahul Dravid, who recently shared it with Ashwin.

Shane Warne's death has left a huge void in the cricketing fraternity. Warne passed away due to a suspected heart attack on Friday evening (March 04) in Thailand. The former Aussie spinner was a big name in world cricket even after his international retirement.

Warne ended his glittering international career with as many as 1,001 wickets -- 708 in Tests and 293 in ODIs -- apart from having a Test hat-trick and being a World Cup-medallist (in 1999 when he was the Player-of-the-Match in the summit clash). Thus, the 52-year-old spinner revived legspin and also showcased tremendous character and grit on and off the field to overcome various obstacles.

Sharing an unheard story of Warne, Team India's wily off-spinner R Ashwin recently revealed how the Aussie great had developed strong shoulders after breaking his legs. Warnie had narrated the whole incident to Rahul Dravid, who shared it with Ashwin.

Sharing the story on his YouTube channel, Ashwin said, “I was talking to Rahul Dravid who was extremely sad. For a spinner, your shoulder and upper half of the body has to be extremely strong because you have to use many rotations to spin the ball. Because for a spinner to master your craft, you should keep bowling in the nets. More so, if you are a leg-spinner. He had strong shoulders and that was his massive advantage.

"It seems Rahul Bhai asked him, 'How do you have such strong shoulders? What do you do?' It is such a unique story. There is a sport called 'Aussies Rules Football'. It is a sport like Rugby. It seems he wanted to play the sport but was not built for it since people who play it are tall and well-built blokes," he revealed.

"For 3-4 weeks he walked or rather floated using his bare hands and those made his shoulders strong and there was no looking back. That's what he has told Rahul Bhai. We all face obstacles in life, but look how Warne converted it as his success formula," Ashwin further added.

Talking about Ashwin, the 35-year-old spinner became India's second-highest wicket-taker (436) during India's massive win over Sri Lanka in the first Test in Mohali, on March 06 (Sunday). He is now at the ninth-spot, overall, with the list spearheaded by Muttiah Muralitharan (800) and Warne (708) at the second spot.