'He ended up....': Sachin Tendulkar shares hilarious episode when Shane Warne visited his place for dinner 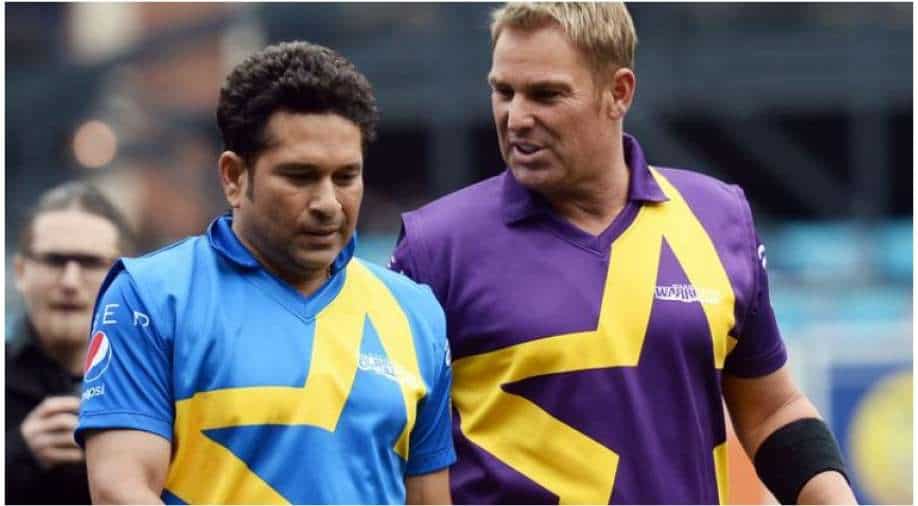 During his illustrious 15-year-long international career for Australia, Warne made a huge mark with his leg spin. As a result, he ended with 708 Test and 293 ODI wickets (1,001 scalps overall). He had some fierce rivalry with many greats of the gentlemen's game, including Master Blaster Sachin Tendulkar. The two faced each other in 29 matches at the international level where their face-off was riveting, say the least. Warne dismissed Tendulkar on four occasions whereas the latter also smacked him all around the park during many of his memorable knocks versus Australia.

Nonetheless, Warne and Tendulkar shared a great camaraderie off the 22-yard cricket strip. In the Amazon Prime Video documentary 'Shane', Warne revealed that he got along really well with him and they were great mates.

ALSO READ | I would say just how much I love him: Ricky Ponting breaks down as he recalls late Shane Warne

In the documentary, Warne had revealed, "I went to his place (in Mumbai)…I thought I will go for dinner and then go back to the hotel. I took a bite of the chicken to start with and nearly blew my head off. I kept cutting it up and moving it to the side. I had too much respect for him and for his family."

Recalling the same incident, Tendulkar shared, "We were in Mumbai and I said why don’t you come home for a meal. I said, 'Do you like Indian food?' He said I love it and he said however you guys cook at home."

He further added, "While I am busy serving others, Shane is putting his food onto his plate and that’s when I realised Shane can not handle spicy food. "He didn’t want to hurt me, but he kept nudging my manager and saying ‘help me’. By the end of that evening, Shane had gone into the kitchen and was making sausages and beans and mashed potatoes – he ended up eating that at my place."

Warne signed off from international cricket with second-most Test scalps (708), a hat-trick in the purest format, ODI World Cup medal and also the Player-of-the-Match in the 1999 edition's finale.