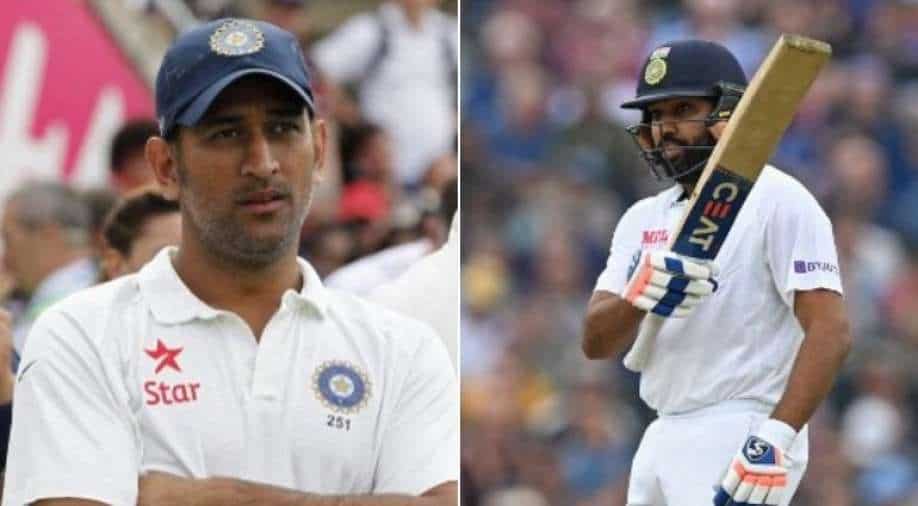 Rohit's poem-like batting reminded of an old tweet by former skipper Mahendra Singh Dhoni when he had praised the batsman in 2014.

Indian fans are in high spirits after the mind-blowing victory that Virat Kohli-led registered against England in the fourth Test by 157 runs at the Oval on Monday (September 7). India took a 2-1 lead in the five-match series after the win that came 50 years on from their first Test — and series — win in England at the Oval in 1971. England needed 368 to win but they were bowled out for 210 after suffering a spectacular batting collapse on the final day, thanks to a disciplined Indian bowling attack.

Apart from terrific spells by bowlers, Indian batsmen too played some memorable knocks, out of which, one was Rohit Sharma's century in the second innings. Rohit made 127 — his first overseas Test hundred. It was a vital contribution as India piled up 466 in their second innings, having conceded a first-innings lead of 99.

However, Rohit's poem-like batting reminded of an old tweet by former skipper Mahendra Singh Dhoni when he had praised the batsman in 2014.

As Rohit is earning praises from stalwarts of cricket and fans, Dhoni's old tweet fits perfectly at the moment.

MS Dhoni, who is not so active on social media, had posted, "Very well batted Rohit. that's Rohit for everyone, sheer talent. Enjoy and Witness the class in action."

.@msdhoni thank you so much

For his stunning ton, Rohit got the Player Of The Match award. "That hundred was special. We know how important was the second innings. It's my first overseas hundred. Really glad that I could get the team into an important position," said Rohit during the post-match presentation.

IN PICS | INDvsENG: Key takeaways from India's 157-run victory over England in 4th Test at The Oval

After scoring the century, Rohit had revealed that he knew it was his "last chance" in Test cricket when he was promoted to opener's slot in 2019.

Rohit was asked by the reporters if saying yes to the team management about batting at the top of the order was the biggest risk he took.

Rohit replied, "You could say so in hindsight. In the back of my mind, I knew this was a last chance for me (in Test cricket)."

"I batted in middle order before and things didn't go as per the way I wanted it to and I knew this was my last opportunity to try out and you know management is thinking whatever I want to try," he stated.

Rohit said he was mentally ready to take up the challenge and see how he can do well up the order.

He was aware that there won't be too many chances as his stint as a middle-order batsman didn't go exactly well.