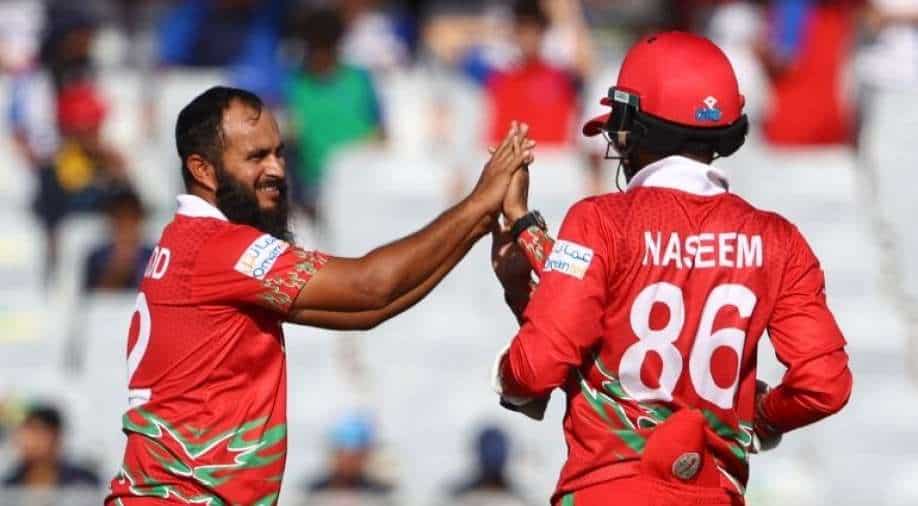 Oman beat Papua New Guinea by 10 wickets in the opening Group B match of the T20 World Cup first round.

Oman beat Papua New Guinea by 10 wickets in the opening Group B match of the T20 World Cup first round here on Sunday.

Sent into bat, PNG lost both their openers for no score before skipper Assad Vala smashed 56 off 43 balls while Charles Amini made 37 off 26 balls as the duo added 81 runs for the third wicket.

But thereafter, PNG witnessed another batting collapse as they lost their next six wickets for 37 runs.

Skipper Zeeshan Maqsood (4/20) was pick of the bowlers for Oman while Bilal Khan (2/16) and Kallemullah (2/19) shared four wickets between them. Maqsood was declared 'Man of the Match'.

In reply, Oman chased down the target in just 13.4 overs as opener Jatinder Singh remained unbeaten on 73 off 42 balls.