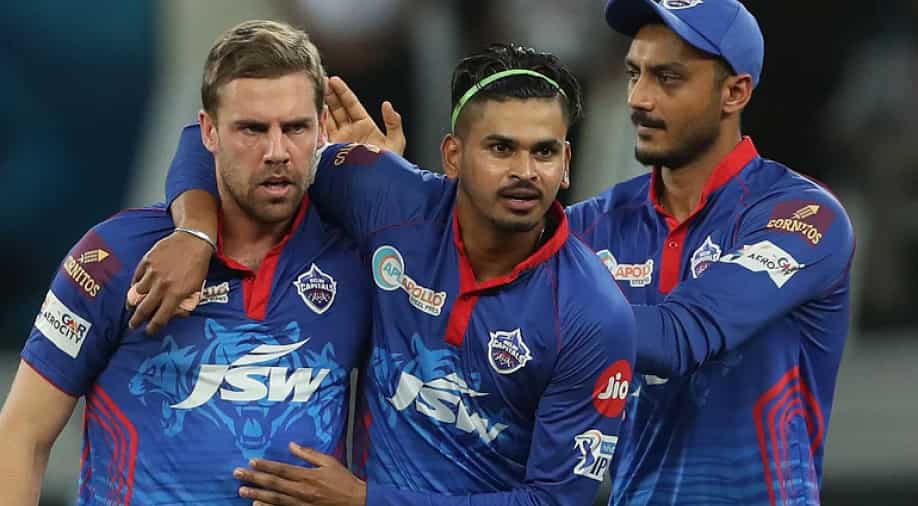 Shreyas Iyer is all set to leave Delhi Capitals ahead of IPL 2022. | Photo - IPL | Photograph:( Others )

Former India pacer Irfan Pathan feels there is something going on at Delhi Capitals which is not out in public as Shreyas Iyer is looking to leave the franchise for a fresh challenge.

Shreyas Iyer is all set to part ways with Delhi Capitals (DC) ahead of the Indian Premier League (IPL) 2022 after spending seven seasons with the franchise. Iyer reportedly expressed his desire not to be retained by DC as he wants a leadership role which he was not going to get at the Delhi-based outfit.

Iyer had been appointed as captain of Delhi Capitals midway through the 2018 season and led the team to their first-ever final in IPL 2020. He missed the first of IPL 2021 this year due to injury and was replaced as Rishabh Pant as captain, who continued leading the side even after Iyer's return in the second leg.

Iyer is reportedly in talks with the two new IPL franchises and his association with Delhi Capitals is all set to end. Former India pacer Irfan Pathan recently gave his take on Iyer's desire to leave DC and said there is something going on at the franchise which is not out in public yet.

"I think so (Shreyas Iyer might be looking for another challenge). He was leading the side really well, playing really well but suddenly when he came back after the injury he was not the captain," Pathan said on Star Sports.

"So that means there is something going on which is not out there in the public. Which means Rishabh Pant will continue as the captain and it's a great opportunity for Shreyas Iyer. Just go out and maybe lead another franchise," he added.

Pathan, who played for a number of IPL teams during his playing career, was also part of the Delhi Capitals side. As per ESPN Cricinfo, Delhi Capitals have decided to retain skipper Pant, Prithvi Shaw, all-rounder Axar Patel and pacer Anrich Nortje ahead of IPL 2022 mega auction.

While the existing eight teams can retain a maximum of four players each, the two new teams - Ahmedabad and Lucknow have been given the right to make three picks from the pool of non-retained players ahead of the auction. It remains to be seen if Iyer will be picked by one of the two new franchises or if he will head into the auction pool.

Can't have someone who gets injured at the start of series: Ex-India selector on Rohit Sharma as Test captain