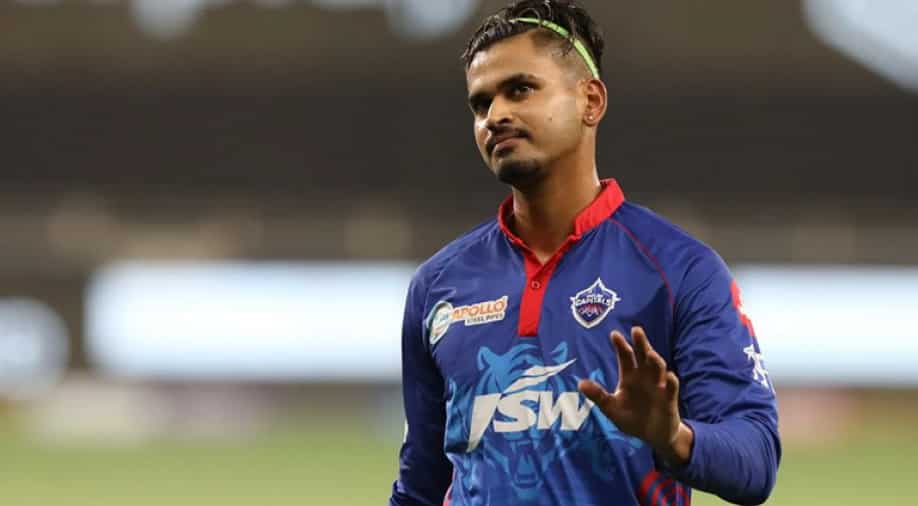 Mumbai Indians want to rope in Shreyas Iyer ahead of IPL 2022. | Photo - IPL | Photograph:( Others )

Five-time IPL champions Mumbai Indians are reportedly keen on picking up Shreyas Iyer at the upcoming IPL mega auction ahead of the 2022 season.

November 30 is the deadline for the existing eight franchises of the Indian Premier League to submit their final list of retained players ahead of the mega auction. The auction will be conducted ahead of the IPL 2022 season with the addition of two new franchises - Lucknow and Ahmedabad. Each of the existing eight teams have been allowed a maximum of only four retentions this time around with no right-to-match option.

As all eight teams continue to finalise their retentions ahead of the mega auction, Delhi Capitals (DC) are all set to part ways with Shreyas Iyer. Iyer had earlier expressed his desire to be released by the franchise as he is keen to get a leadership role elsewhere after being replaced as captain of the Delhi Capitals by Rishabh Pant. Thus DC, who wanted to retain him, are likely to release him now.

As per a report in The Telegraph, Iyer and his Delhi Capitals teammate Shikhar Dhawan, who is also set to be released are being pursued by the two new teams - Ahmedabad and Lucknow. The report further states that even Mumbai Indians are keen on roping in Iyer ahead of the new season. The five-time champions are planning to pick him up at the mega auction.

Also Read: Who will CSK, KKR, DC and MI retain ahead of IPL mega auction

If Iyer is roped in by one of the two new teams, Mumbai Indians will not be able to get him at the auction. However, if he remains available in the auction pool, there is set to be a bidding war for the star batter, who recently struck an impressive century on his Test debut in the ongoing Kanpur Test against New Zealand.