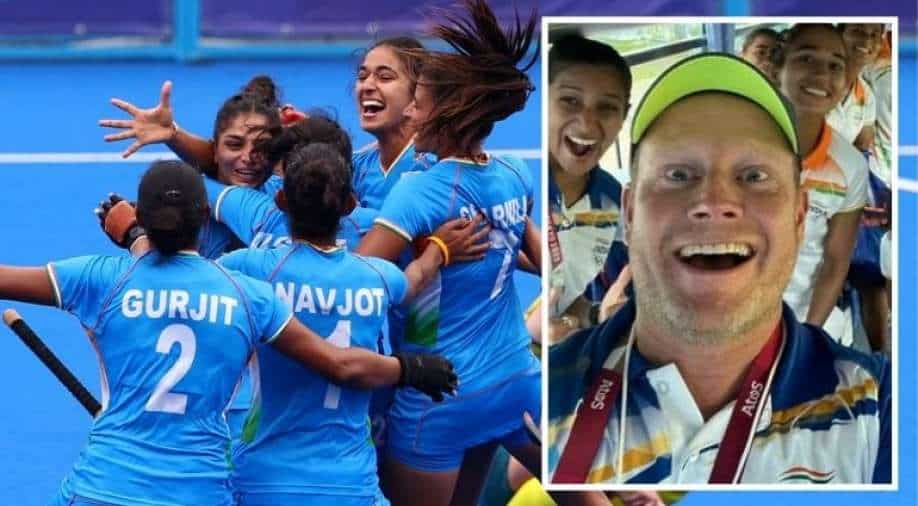 "It was my last match with the team," he stated during a press conference after Indian women's hockey team's Tokyo 2020 campaign ended with a 4-3 loss against Great Britain.

"It was my last match with the team," he stated during a press conference after Indian women's hockey team's Tokyo 2020 campaign ended with a 4-3 loss against Great Britain.

Marijne led the Indian team to a dream run at the Tokyo Games as they scripted history by entering the semi-finals of the Games for the first time.

Sjoerd Marijne began coaching the Indian women's team in 2017. After impressing the Hockey India officials, he was given charge of the men's team for some time, however, he returned back to the women's team after the 2018 Commonwealth Games.

In Tokyo Olympics, India faced several ups and downs throughout. During the qualifiers, they defeated the USA 5-1 in the first game, but in the next match, they went down 4-1. They just managed to enter the Olympics.

India's run at the Tokyo Olympics had ups and downs as they were off to a disappointing start as they lost their first three games in the Pool stage. They then defeated Ireland and South Africa and then pulled off a stunning show against Australia in the knockout match to book a place in the semis. However, they lost the semis to Argentina.

After India lost to the GB team, the coach wrote on his official Twitter handle wrote, "We did not win a medal, but I think we have won something bigger. We have made Indians proud again and we inspired millions of girls that dreams CAN come true as long as you work hard for it and believe it! Thanks for all the support!"

He also shed some light on how to improve the game in future, he said, "Last match we played under pressure is almost 2 years ago in the Olympics qualifiers. They (women's hockey team) need more of these matches. And the only way I can think of is, organizing Hockey India League & tournaments."

"Let us hope that the stories of these women inspire the future generations," he added.