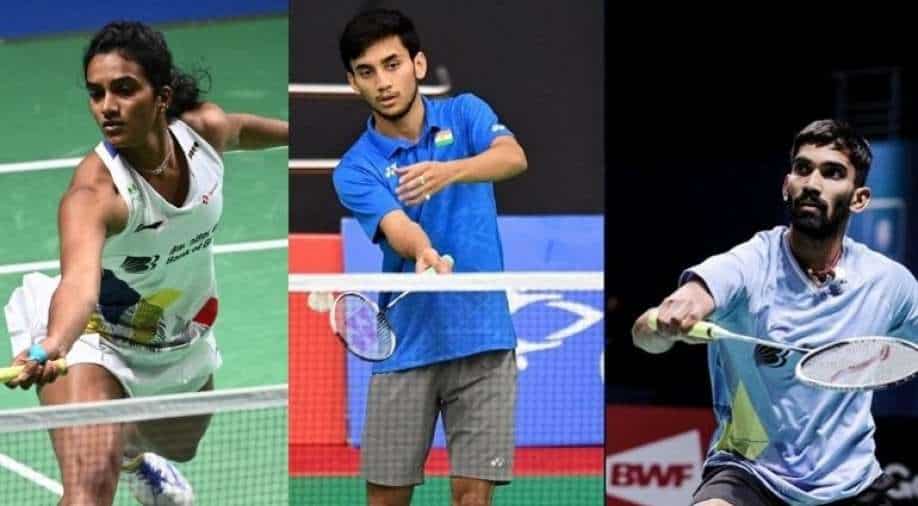 Former world No. 1 Srikanth has been named the top seed in the men's singles category followed by the 2019 world championships bronze medallist B Sai Praneeth.

The USD 400,000 prize money tournament, which will be held without spectators owing to the COVID-19 pandemic, is part of the HSBC BWF World Tour Super 500.

Also headlining the tournament will be newly-crowned world champion, Loh Kean Yew, along.

Singapore's Yew, who created history in Huelva, Spain recently by becoming the first-ever unseeded player in the open era to win the world championships, will lead the international line-up at the 2022 BWF season opener.

Former world No. 1 Srikanth has been named the top seed in the men's singles category followed by the 2019 world championships bronze medallist B Sai Praneeth.

Sen, the youngest Indian male shuttler to clinch a world championships medal, HS Pronnoy, Parupalli Kashyap and Sameer Verma are among the other Indian participants alongside experienced Tommy Sugiarto from Indonesia.

World No. 7 Sindhu has been given the top seed in women's singles category which includes London Olympics bronze medallist Saina Nehwal, who lifted the title in 2015, alongside other young Indian shuttlers including Malvika Bansod, Aakarshi Kashyap and Ashmita Chaliha.

While among the top international participating names are world No. 12 Busanan Ongbamrungphan of Thailand and Singapore's Jia Min Yeo.

The star Indian pair of Chirag Shetty and Satwiksairaj Rankireddy will be the key attraction in the men's doubles category.

However, they are set to face a stiff competition as the line-up includes the three-time world champion and world No. 2 Indonesian duo of Mohammad Ahsan and Hendra Setiawan alongside another Indonesian pair of Fajar Alfian and Muhammad Rian Ardianto, who are currently ranked eighth in the world.

In the women's doubles, the world No. 9 pair of Jongkolphan Kititharakul and Rawinda Prajongjai from Thailand will be among the top names as Ashwini Ponappa and N Sikki Reddy will lead the Indian challenge alongside Gayatri P and Treesa Jolly.

The 11th edition of the tournament, which is all set to make a return after a two-year break due to the COVID-19 pandemic, will be played at the KD Jadhav Indoor Hall inside Indira Gandhi Stadium under strict COVID protocols.