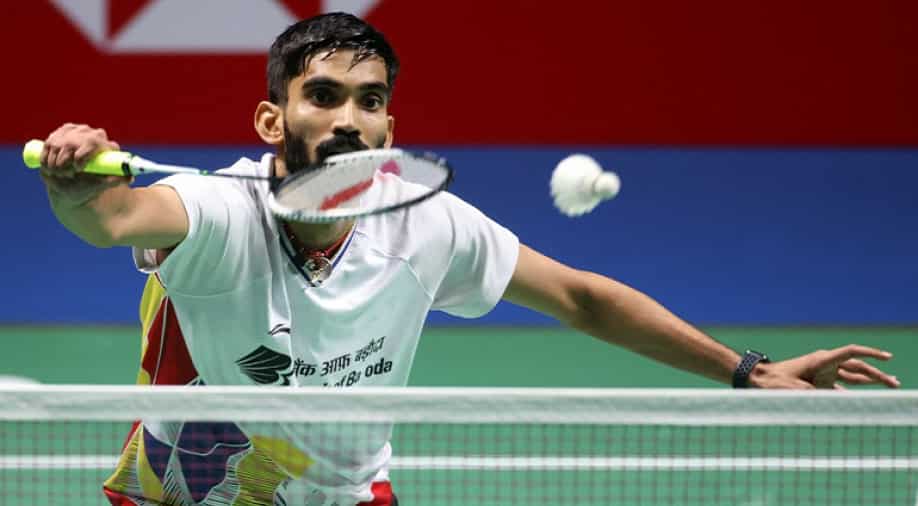 Ace Indian shuttler Kidambi Srikanth went down against Singapore's Loh Kean Yew in the BWF World Championships men's singles final on Sunday but became the first male shuttler from the country to clinch a silver medal.

Ace shuttler Kidambi Srikanth went down fighting against Singapore's Loh Kean Yew in the men's singles final of the BWF World Championships on Sunday (December 19). Despite losing, Srikanth scripted a historic feat as he became the first male shuttler from India to clinch a silver medal at the World Championships.

It was a hard-fought contest between the two finalists but Loh Kean managed to get the better of the Indian ace 21-15, 22-20 in straight sets to bag his maiden World Championships title. Srikanth lost the first game by a big margin but made a brilliant comeback in the second as he gained a six-point lead at 9-3 before Loh Kean managed to edge him out closely to take the game 22-20.

It was world no. 15 Srikanth's first defeat against world no. 22 Loh Kean. The Singapore shuttler produced some excellent smashes and didn't let the intensity go down against Srikanth, who is far more experienced but was outplayed by the youngster's speed and resilience.

Srikanth joined an elite list of Indian male shuttlers to have won a medal at the BWF World Championships. He remains the only one to have played the final and won a silver at the showpiece event. Prakash Padukone (1983), B Sai Praneeth (2019) and Lakshay Sen, who Srikanth defeated in the semi-final on Saturday, are the other three Indian men to have won a medal at the World Championships. All three have won bronze medals.

Srikanth had headed into the summit clash as one of the favourites after defeating Lakshya in a marathon semi-final on Saturday which lasted over an hour. However, he couldn't bring his A-game to the court and had to settle for silver despite looking in great control in the second game where he almost forced a decider after leading 16-18 with just three points required to win the game.

Loh Kean fought back into the contest and pulled off a miraculous escape in the second game to deny the Indian ace a chance at finishing on the top of the podium at the BWF World Championships. Srikanth is the third Indian overall after PV Sindhu and Saina Nehwal to win a silver medal at the World Championships.

Sindhu remains the only gold medallist for India in the history of the World Championships. She had clinched glory at the showpiece event in 2019 after defeating Japan's Nozomi Okuhara in the final.