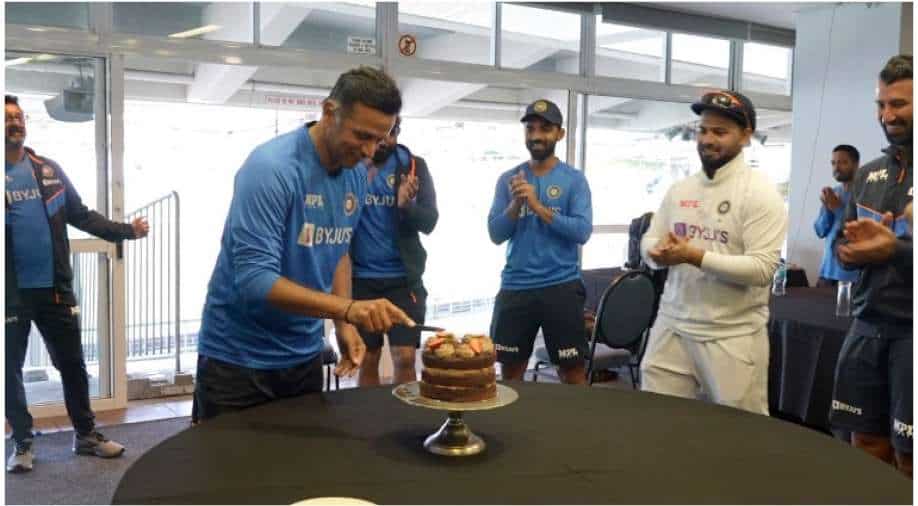 On Dravid's birthday, Virat Kohli-led India won the toss and opted to bat first in Cape Town. Riding on skipper Kohli's gritty 79, the visitors managed only a below-par 223 in the first innings before the Dean Elgar-led hosts went to stumps at 13-1, trailing the Indian team by 210 runs. While the day wasn't an ideal one for Team India, with the batters once again failing to capitalise on starts and score big, the atmosphere in the dressing room was jubilant as the national side's players celebrated Dravid's birthday in style after end of proceedings.

Birthday wishes to our very own Head Coach Rahul Dravid

Here's to many more smiles in the future #TeamIndia pic.twitter.com/2VsrBTs4mJ

Ahead of the start of the third and final Test, on Tuesday, Dravid was wished by commentator Pommie Mbangwa on-air to which the former Indian skipper said, "As you get older you don’t know what to feel when it’s your birthday. You are a year older. But it’s nice, some nice wishes from friends, family, and fans. So very grateful for all of that."

At present, the third and final Test is interestingly poised as the Indian pacers haven't allowed SA batters to run away with the game in response to India's 223. At tea on Day 2, SA are 176-7, trailing India by 47 runs.