As you get older you don’t know what to feel, says Rahul Dravid as Team India head coach turns 49 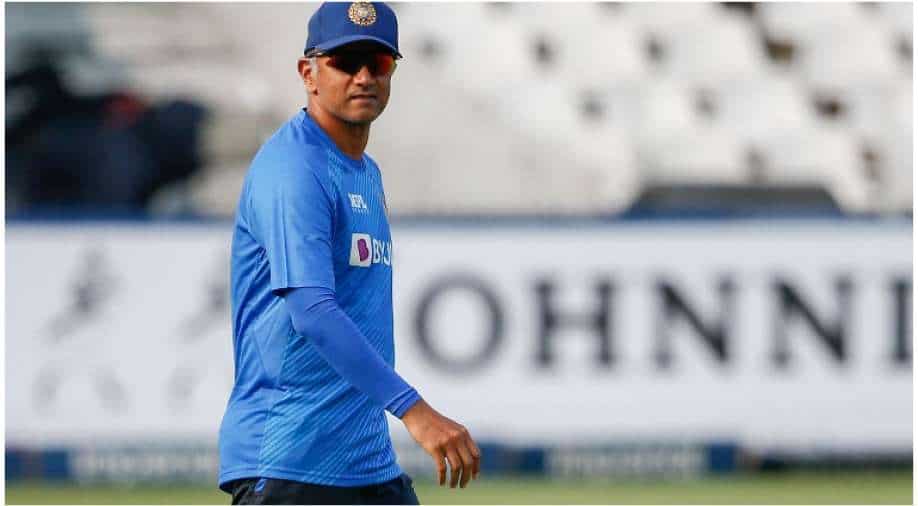 As you get older you don’t know what to feel: Rahul Dravid on 49th b'day Photograph:( AFP )

As Team India head coach Rahul Dravid has turned a year older, on Tuesday (January 11), 'The Wall' reacted to birthday wishes ahead of the 3rd Test between India and South Africa in Newlands, Cape Town.

On Tuesday (January 11), Team India head coach and former captain Rahul Dravid turned 49. The Wall, as he is famously known, is celebrating his birthday with the national cricket team as India have locked horns with South Africa for the third and final Test at Newlands, Cape Town.

Ahead of the commencement of the third and final Test, Dravid had a brief conversation with commentator Pommie Mbangwa on-air, where the former thanked one and all for the birthday wishes. However, he made an honest confession when it comes to the wishes on his special day.

Dravid said, "As you get older you don’t know what to feel when it’s your birthday. You are a year older. But it’s nice, some nice wishes from friends, family, and fans. So very grateful for all of that."

Ahead of the all-important Test series finale, coach Dravid also revealed that the Virat Kohli-led Indian side doesn't need to be motivated as they are eager to go for the kill and achieve their maiden Test series win in SA. "At this level, you don’t motivate people to play the game. If I am having to do that before a big Test match with the opportunity to create history, then we have got the wrong people,” Dravid added.

For the unversed, India won the three-match Test series opener, in Centurion, before losing the second and penultimate Test at The Wanderers, Johannesburg. They need to win their first Test in Cape Town to make history and return with their maiden Test series triumph in the rainbow nation.