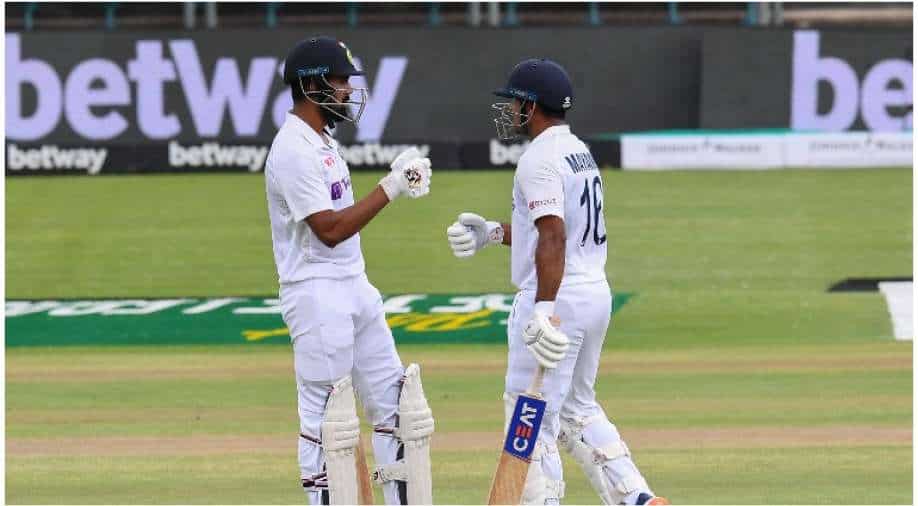 Despite their low returns with the bat, KL Rahul and Mayank Agarwal achieved a unique feat among Indian openers on Day 1 of the third and final Test at Newlands, Cape Town.

Virat Kohli-led India have locked horns with South Africa in the third and final Test at Newlands, Cape Town on Tuesday (January 11). With the series interestingly poised at 1-1, there's all to play for both sides in the deciding encounter. For the unversed, Kohli & Co. are on the cusp of winning their maiden Test series on South African soil if they end with a scoreline of 2-1.

While India won the toss and opted to bat first, the onus fell on KL Rahul and Mayank Agarwal. The two openers have been in form and were involved in a century-stand on Day 1 of the series opener, in Centurion, but failed to score big in the first innings.

Rahul (12) and Mayank (15) made their way back with lowly returns. However, the two became the first Indian opening duo to register 200+ runs in Tests in South Africa.

Rahul and Mayank surpassed Virender Sehwag-Gautam Gambhir to top the list of Indian opening pairs who have got the most runs in the rainbow nation. Sehwag and Gambhir previously held the numero uno position, having accumulated 184 runs to their name. Meanwhile, Wasim Jaffer and Dinesh Karthik are placed on the third spot (153 runs).

Both Rahul and Mayank would have been gutted to miss out on scoring big after getting a start. The duo were involved in a 31-run opening stand before Duanne Olivier removed Rahul whereas Kagiso Rabada accounted for Mayank's scalp.

At the coin toss, Kohli told the broadcasters, "Runs on this venue have always worked out well. I am fit and fine. I come in for Vihari. Siraj misses out because of a niggle and Umesh comes in for him. Umesh has been very potent with the ball recently, very handy in the field and with the bat as well. It was a tough decision to choose between the two (Ishant and Umesh). We are expected to win every Test even when we play overseas and that fourth innings chase from South Africa was a special one from them. It is a beautiful stadium and we are very excited."