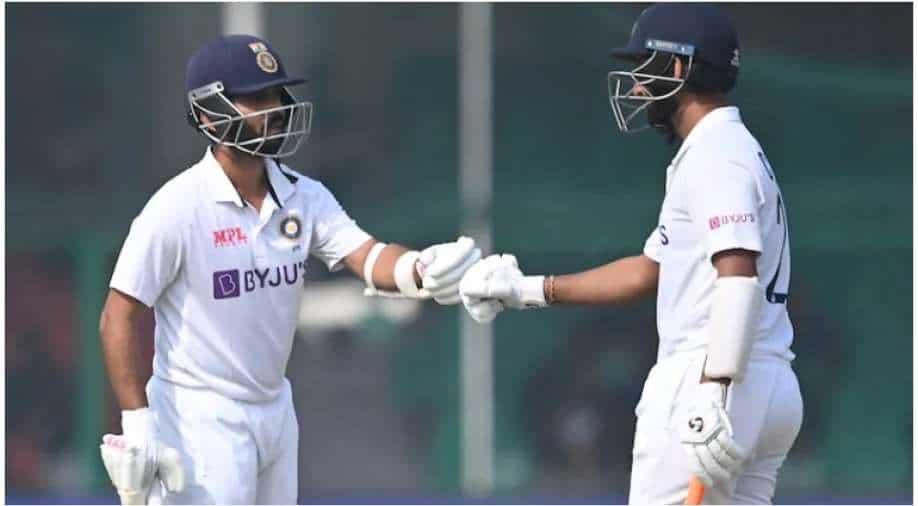 Ahead of the third and final Test versus South Africa, captain Virat Kohli spoke highly of the under-fire duo Cheteshwar Pujara and Ajinkya Rahane.

India and South Africa are set to lock horns with each other in the third and final Test at The Newlands, Cape Town on Tuesday (January 11). Ahead of the series decider, captain Virat Kohli announced himself to be fully fit after missing the second and penultimate contest where KL Rahul & Co. lost by 8 wickets at The Wanderers, Johannesburg.

With the series interestingly poised at 1-1, India have a strong chance to win their first-ever series on South African soil. After the highs in Australia and England recently, Kohli & Co. will be upbeat and aim to go for the kill versus Dean Elgar-led South Africa. However, the visitors will still have to address few issues in order to attain a memorable Test series win in the rainbow nation. While the under-fire duo Cheteshwar Pujara and Ajinkya Rahane shared a vital 111-run stand, for the third-wicket, in India's second essay in the J'burg Test and returned with a fifty each, the two have been a pale shadow of themselves in the recent years with a big knock evading them. Hence, the 33-year-old Kohli spoke about them at length in the pre-match press-conference and backed the pair.

Kohli believes that while there has been a lot of talk against Rahane-Pujara, the transition can happen naturally and the team management is pleased with the duo's partnership in J'burg. He told, "I cannot pinpoint when we'll have a transition in the team. The way Pujara and Ajinkya batted in the last Test that experience is priceless for us. I feel transitions do happen but they happen naturally, you can't force them."

On his own century-drought, Kohli said while replying to an ANI query, "This is not the first time that people have talked about my form, it has happened a few times in my career. England in 2014 was one of those phases. I do not kind of look at myself from the lens the outside world looks at me with. The standards have been set by me myself, they are not an occurrence from the outside world, and more than anyone else, I take a lot of pride in doing the best for the team and wanting to perform for the team regularly."

It is interesting to note that India's middle-order, comprising Pujara, Kohli and Rahane, have been through a rough patch of late. While Pujara's last ton came in early 2019, Kohli's last Test triple-figure knock came later the same year (also his last international hundred). Rahane made an impressive ton in the MCG Test, in late 2020, but hasn't been able to replicate the same since then.

India will hope the trio steps up and performs in the series deciding clash at Newlands, Cape Town.