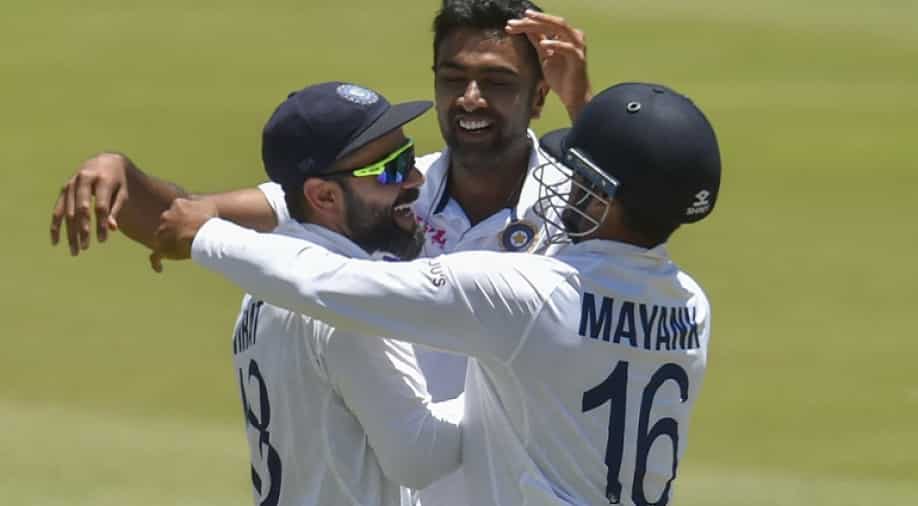 A look at India's Test record in Cape Town ahead of series-decider. Photograph:( AFP )

Virat Kohli & Co. will be aiming for their maiden Test series win in South Africa when they lock horns with the hosts in the third and final Test in Cape Town. Here is a look at India's Test record in Cape Town ahead of the series decider.

India will be aiming to register a historic maiden Test series win in South Africa when they lock horns with the Proteas in the third and final Test of the three-match series in Cape Town. The series is currently locked at 1-1 with the decider set to get underway from Tuesday (November 11).

India have so far managed only four Test wins in South Africa and are yet to win their first-ever Test series in the Rainbow nation. However, they have a strong chance of doing the unthinkable this time around as they stand just one win away from clinching the ongoing series against the Proteas.

India won the series-opener against South Africa comprehensively by 113 runs before slipping to a seven-wicket defeat in the second Test against the hosts in the absence of captain Virat Kohli, who missed the game due to a back spasm. With Kohli back in the playing XI, India have been handed a massive boost ahead of the series decider.

India have so far played a total of five Test matches at the Newlands in Cape Town and have remained winless. They have managed three draws while South Africa have churned out three wins in the five encounters played between the two sides at the iconic venue. Here is a look at India's performances in Test matches at Cape Town.

India and South Africa met for the first time in Cape Town in the year 1992 when Mohammad Azharuddin was leading India. South Africa posted 360 runs on the board in their first innings before bundling out India for 276. In their second innings, the hosts declared on 130/6 while India could only manage 29/1 as the game ended in a draw.

In the second Test meeting between India and South Africa in Cape Town in 1997, the hosts got the better of the visitors by a massive margin of 282 runs. Riding on centuries from Gary Kirsten and Brian Mcmillan the Proteas posted a huge total of 529 runs in their first innings which saw them walk away with the game comfortably.

India registered their first Test win in South Africa in the 2007 tour of the country. However, the visitors had lost the third Test in Cape Town by five wickets. Despite posting a strong total of 414 runs on the board in their first innings, India managed a lead of only 41 runs before being bowled out for 169 runs in the second innings to lose the game by five wickets.

Also Read: Virat Kohli responds to criticism over lean patch: 'Don't need to prove anything to anyone

India's second draw against South Africa at Cape Town came in 2011 when the MS Dhoni-led side posted 364 runs in their first innings, in reply to South Africa's first-innings total of 362 runs and took a lead of 2 runs. However, the hosts rode on a century from Jacques Kallis to once again score over 300 runs in their second innings and draw the game.