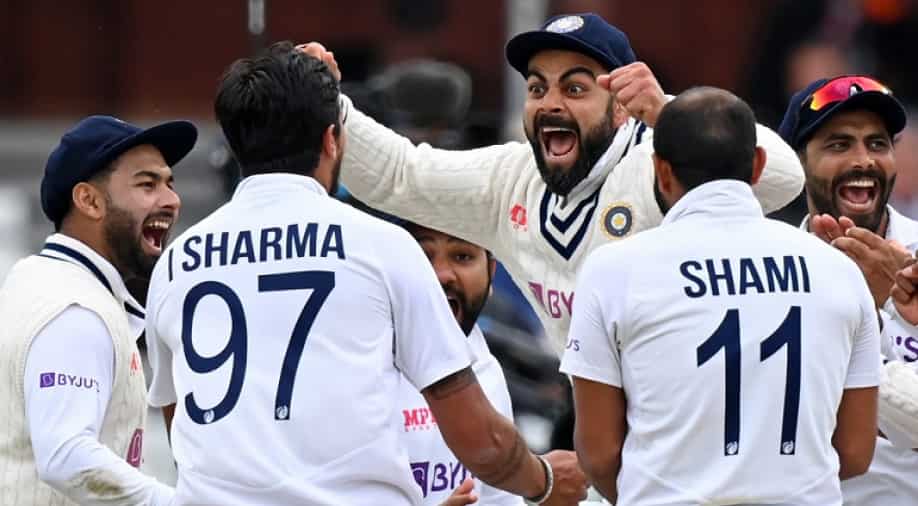 Wasim Jaffer has made a bold prediction regarding Indian pacer's future. Photograph:( AFP )

Senior pacer Ishant Sharma has been a regular in Test cricket for India over the years. He has been one of the country's pace spearheads ever since coming into the limelight and continues to remain a vital cog in the fast bowling setup. However, he has struggled with his form and fitness recently which has seen Ishant in and out of India's playing XI.

Ishant is yet to feature in the playing XI for India in the ongoing three-match Test series against South Africa. The senior pacer is no more a certain starter in the playing XI and is unlikely to make the cut in the series-deciding third Test which gets underway from January 11 in Cape Town.

Mohammed Siraj is likely to miss the series-decider after picking up an injury in the second Test with Ishant one of the strongest contenders to take his place in the XI. However, with the likes of Umesh Yadav and Shardul Thakur above him in the pecking order, Ishant might fail to make the cut.

Former India batter Wasim Jaffer believes Jasprit Bumrah, Mohammed Shami and Siraj are currently India's top three seamers in Tests and Ishant has likely played his final game for the country. Jaffer believes the senior pacer might not play another Test for India in the future.

“I think so [he has played his last Test for India]. If Bumrah, Shami and Siraj are fit, they are the first three seamers. Then you have Shardul and Umesh. Shardul is an all-rounder now so that makes him choose ahead [of other bowlers]. So, definitely, for Ishant, it will be difficult," said Jaffer.

“Obviously, when you are on long tours, the top seamers will be rested or the line-up will be rotated and probably then a place for Ishant will open up. In that case, he will play a few games," he added.

Also Read: Virat Kohli eyes twin milestones as he gears up for comeback in 3rd Test against South Africa in Cape Town

Jaffer believed Ishant, who is in the final lap of his Test career, must be thinking about taking a call on retirement after the ongoing Test series against South Africa. Ishant had picked up 14 wickets in eight Test matches for India in the year 2021.

“But I feel for somebody like Ishant Sharma, who has played over 100 Tests and taken over 300 wickets, I don’t think that is right. So, somewhere I feel he will take a call after the South Africa series. I am sure, he must be thinking about this too," said Jaffer.