Virat Kohli responds to criticism over lean patch: 'Don't need to prove anything to anyone' 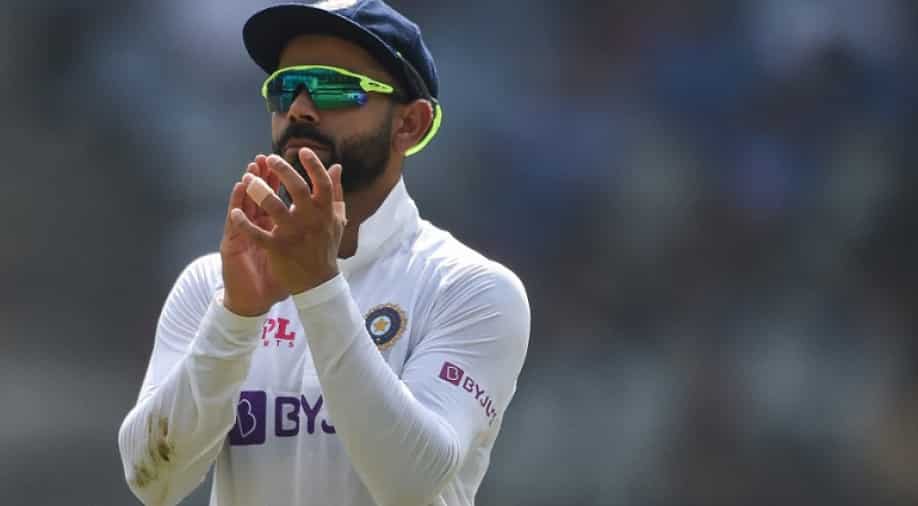 Indian Test skipper Virat Kohli has responded to the criticism over his recent lean patch with the bat across all formats for team India.

He has since been looking to bring an end to his century drought and join Ricky Ponting at the second spot in the list of batters with the most centuries in international cricket. While he has failed to notch up a hundred, his average has also significantly dropped in the longest format.

Kohli has managed only 652 runs in his last 14 Test matches at an average of just over 26 which is quite below-par as per the standards of the Indian skipper. However, Kohli is not bothered by his lean patch and is aware that rough patches are part of an athlete's career.

"It is not the first time. Let's not get away from reality, it has happened a few times (lean patch)," Kohli said in the pre-match presser ahead of the third Test between India and South Africa in Cape Town.

"I don't look at myself from the lens that the outside world looks at me. The standards I have been compared with have been set by myself. More than anyone else I take pride in wanting to do the best for the team. In sports sometimes things don't go the way you want them to go but I realise that I have been involved in very important moments in the last year or so as a batter," the Indian skipper added.

Kohli had missed the second Test against the Proteas due to a back spasm after leading India to a thumping win in the series-opener in Centurion. The Indian skipper has recovered in time and is all set to make his comeback in the playing XI for the series-decider as India remains one win away from clinching maiden Test series win in South Africa.

Also Read: Virat Kohli eyes twin milestones as he gears up for comeback in 3rd Test against South Africa

Amid the chatter over his poor form, Kohli said he is not someone who looks at numbers and doesn't need to prove himself to anybody. The Indian skipper will be hoping to revive his form and notch up a big score in the final Test against the Proteas to help India win script history on the tour.

"Eventually, those moments have been crucial. Sometimes your focal point changes, if you keep looking at yourself in terms of numbers you'll never be happy," said Kohli.

"I take a lot of pride and motivation to be in those moments and have nothing to worry about. I truly believe I don't need to prove myself to anyone. When you are in the position you are going to be judged by the outside world," he added.