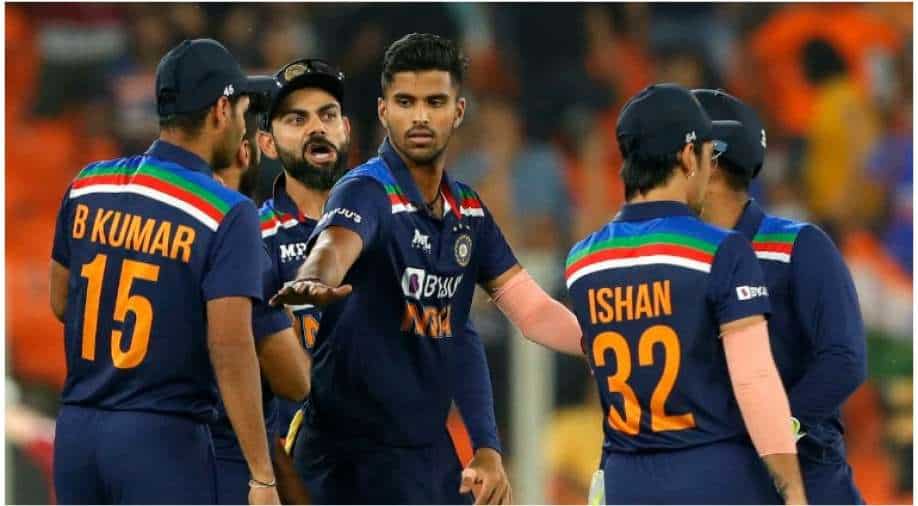 After the conclusion of the three Tests, India will face South Africa in equal number of ODIs starting on January 19. Ahead of the ODIs, India's star player has tested positive as per reports.

Team India have been dealt with a major blow as star all-rounder Washington Sundar has tested positive for Covid-19. The star player has been out of action from international cricket for over 10 months. He missed the T20 World Cup and IPL 2021's final leg, in the UAE, before returning to competitive cricket in the Vijay Hazare Trophy.

Due to his good performances for Tamil Nadu in the VH Trophy, Sundar was selected for the three ODIs versus the Temba Bavuma-led Proteas, which will get underway on January 19 at Paarl. For the unversed, the all-rounder was set to travel to the rainbow nation with the likes of Shikhar Dhawan, Suryakumar Yadav, Ruturaj Gaikwad, Bhuvneshwar Kumar, Venkatesh Iyer, Ishan Kishan, Yuzuvendra Chahal and Prasidh Krishna on Wednesday (January 12) from Mumbai. However, with him testing positive the BCCI has asked Jayant Yadav to stay back in SA for the ODI leg.

“Sundar has tested positive and he has been isolated from other players. All other players’ reports came negative and will be flying from Mumbai on Wednesday early morning. They are undergoing a three-day quarantine period in India. Once they get three negative reports in South Africa, these players will go into the Indian team bubble,” a BCCI official said.

Limited-overs captain Rohit Sharma won't be part of the 18-member squad for the SA ODIs as Hitman has been ruled out due to hamstring injury. In his absence, Rahul will lead India once again in the ongoing SA tour after he led in the second and penultimate Test versus Dean Elgar-led hosts at The Wanderers, Johannesburg.