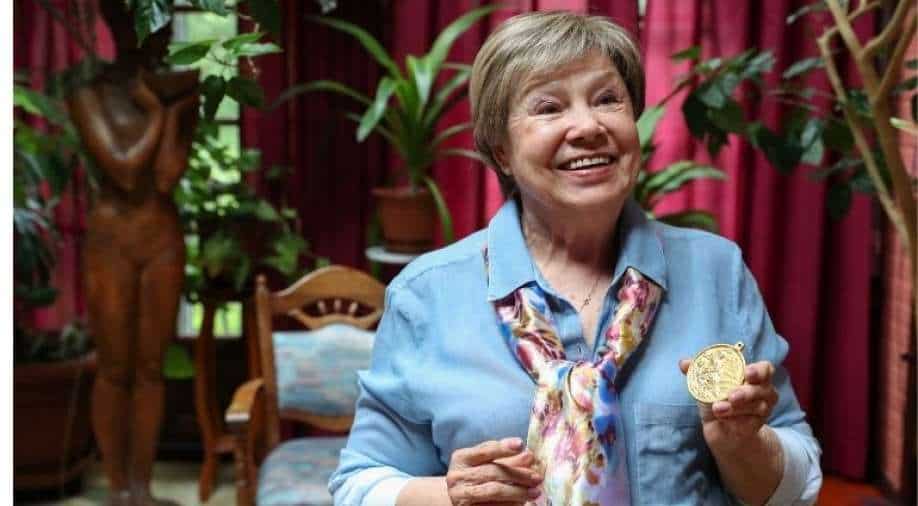 Larisa Latynina, the most decorated Olympic gymnast in history with 18 medals, could not have fathomed the complexity of modern gymnasts' routines.

Soviet gymnast Larisa Latynina was filled with a mixed sense of awe and trepidation as she watched the gravity-defying - and at times treacherous - routines of Simone Biles as the American set out to break her Olympic gold-medal record.

The 86-year-old, the most decorated Olympic gymnast in history with 18 medals, could not have fathomed the complexity of modern gymnasts' routines, acknowledging that gymnastics had become even more physically and psychologically gruelling than in her day.

"What we did is not comparable to what modern gymnasts do," she told Reuters at her home two hours outside Moscow on Friday.

"Looking at what gymnasts today do, I'm a little afraid. Would I have started gymnastics or not?"

Like much of the world, Latynina was stunned to see Biles, a four-time Olympic champion, withdraw from events that could have seen her challenge her record of nine Olympic gold medals for a gymnast and perhaps break her record of 32 combined Olympic and world championship medals.

The 24-year-old American completed one vault at the start of the women's team final before abruptly withdrawing, citing mental health concerns. She also withdrew from the all-around, the vault and uneven bar finals.

"In our day that would have been unacceptable," Latynina said. "I can't imagine how that's possible."

Biles' move, inconceivable in the Soviet era or even a few years ago, has brought mental health into focus at Tokyo 2020, where the U.S. gymnast has generally received an outpouring of support.

Latynina did not remember the Soviet gymnastics team turning to psychologists or other formal tools to improve concentration and mental performance.

She relied on encouragement and accolades from coaches and team mates. To soothe her nerves, she would stand on her tiptoes, close her eyes and remain still.

"My coach would always say it doesn't matter in which position you finish," Latynina said. "The most important thing is doing what you can."

In Latynina's era there was pressure, of course, to win medals for the Soviet Union, which used elite sport as a tool to boost its international prestige.

But Latynina said Soviet authorities' desire for the country's athletes to top medal tables was not perceived as coercion.

"We were trying ourselves not to let our country, our people down," she said. "We would cry when our flag was raised and national anthem played."