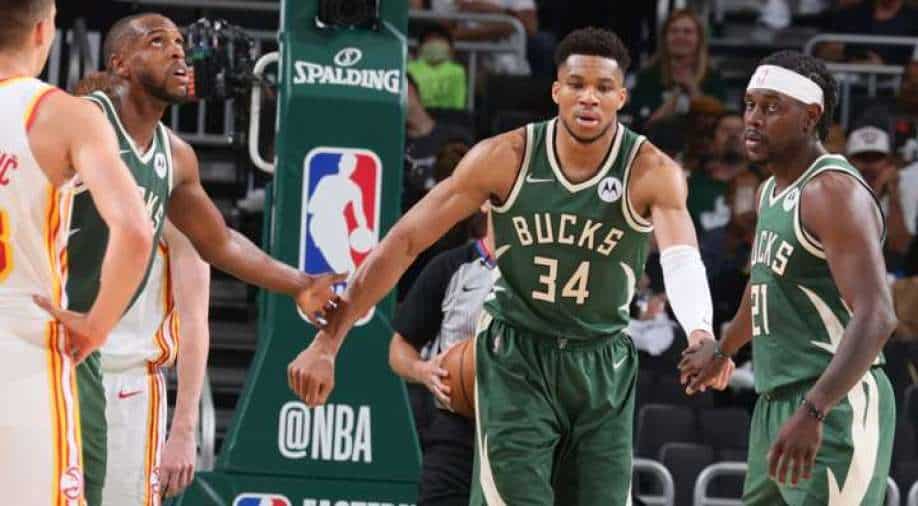 The Bucks saw their star player Giannis Antetokounmpo leave the floor in the third quarter with a knee injury in Game 4. He has been listed as doubtful for Game 5 at home.

The Eastern Conference Finals is evenly poised as Milwaukee Bucks and Atlanta Hawks are tied 2-2 ahead of tomorrow’s game at the Fiserv Forum in Milwaukee. However, both teams are likely to miss their biggest weapons.

Trae Young, Atlanta Hawks’ leading scorer, injured his foot in Game 3 and hasn’t played since then. His status for Game 5 is still not clear, but the Hawks showed they can win without him taking Game 4 by 112-88.

Coach Nate McMillan has had an impressive debut with the Hawks and acknowledged that that Game 5 in Milwaukee isn’t going to be easy. “We know it's going to be tough to go into Milwaukee and win there, but we've done that. We're capable of doing that,” said McMillan. “We're going to have to dump everything we have out on that floor again tomorrow.

The Bucks saw their star player Giannis Antetokounmpo leave the floor in the third quarter with a knee injury in Game 4. He has been listed as doubtful for Game 5 at home.

Coach Mike Budenholzer said they put his health and safety first and together make good decisions. “Hopefully there’s a way that we play both with Giannis and without Giannis,” said Budenholzer. “We’ve played games without Giannis, without Khris, without Jrue, without whoever it may be, and so hopefully you have a structure and a system where you can function at a high level on both ends of the court no matter who is playing.”

Hawks won the series opener in Milwaukee, so they know what it takes. A win in Game 5 would take them one step closer to the NBA Finals with Game 6 at home. Bucks may not read too much into it but they surely have a task at hand, fortunately in the comfort of their home.

The game will be live on Star Sports Select and the NBA League Pass at 6:00 AM