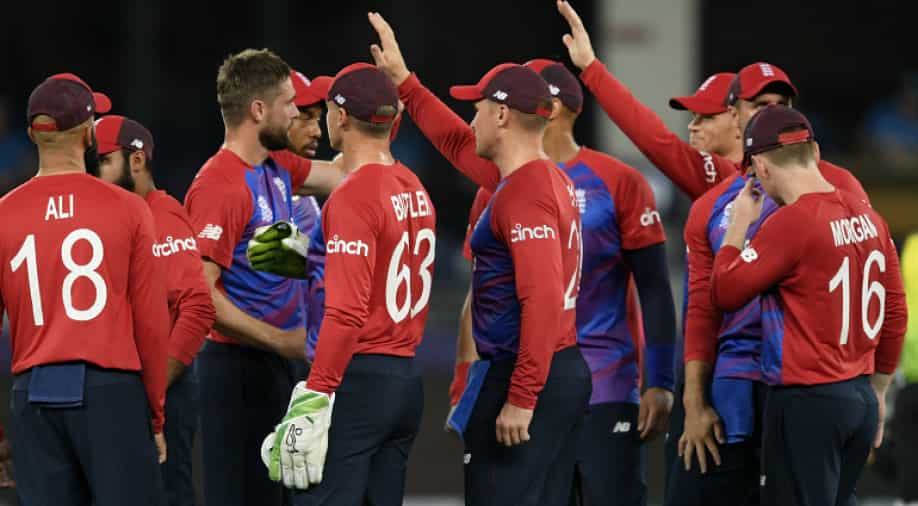 England have been on a roll in the ongoing T2 World Cup 2021 with three victories from three matches so far in the showpiece event. The Eoin Morgan-led side has played some fantastic cricket and has dominated the proceedings in the Group 1 of the Super 12 to stand atop the points table so far.

England kicked off their tournament with a six-wicket win against West Indies before thrashing Bangladesh by eight wickets in their second game to make it two wins in a row. England then continued their unbeaten run by thumping Australia by eight wickets in their third game on Saturday (October 30) to consolidate the top spot on the Group 1 table.

On Saturday, England bundled out Australia for a paltry 125 runs after inviting them to bat first in Dubai and then chased down the target with as many as 8.2 overs to spare to earn a convincing victory. England pacers Chris Jordan (3) and Chris Woakes (2) picked up five wickets between them to run through the Aussie batting line-up.

Jos Buttler then slammed a stunning unbeaten 71 off just 32 balls to the Aussie bowling line-up to the cleaners and power England to their third win in a row.

Praising England after their victory against Australia, former England captain Michale Vaughan said England are the best and the most destructive team in the tournament this year, and that he sees only Pakistan as a side who can stop their juggernaut.

"Now that is a message to the rest ... England are the best team & most destructive ... Whose going to stop them!?? Only #Pakistan look likely at this stage #T20WorldCup," Vaughan tweeted.