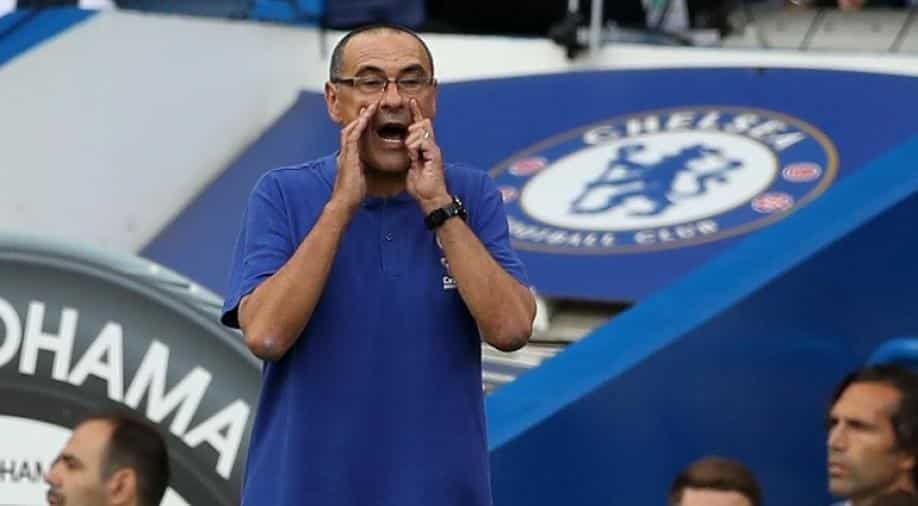 'I have to put only eleven players in the starting eleven and I have 28 players,' said Chelsea's boss Maurizio Sarri.

Chelsea's Ruben Loftus-Cheek scored the first hat-trick of his career as the midfielder that inspired his team to register a win over Belarus champions BATE Borisov in Europa League on Thursday.

Reaction from Chelsea head coach Maurizio Sarri after Ruben Loftus-Cheek's performance was quite hilarious when he said that there is a "little problem" with the club right now.

Sarri said while addressing the media that he got a little problem, he said, "I have to put only eleven players in the starting eleven and I have 28 players."

Loftus-Cheek is yet to start a Premier League match under new boss Sarri but handed the taskmaster Italian an acute reminder of his talents with a coolly-taken treble.

"So, I have this little problem and I don't know how to solve it. I can ask to play with fifteen or sixteen (players) but, as I said before, I have a tactical problem with the midfielders, with their characteristics."

"We need to work, they have to improve in the defensive phase so maybe in the future, I will be able to put (Ross) Barkley and Loftus(-Cheek) in the starting eleven at the same time."