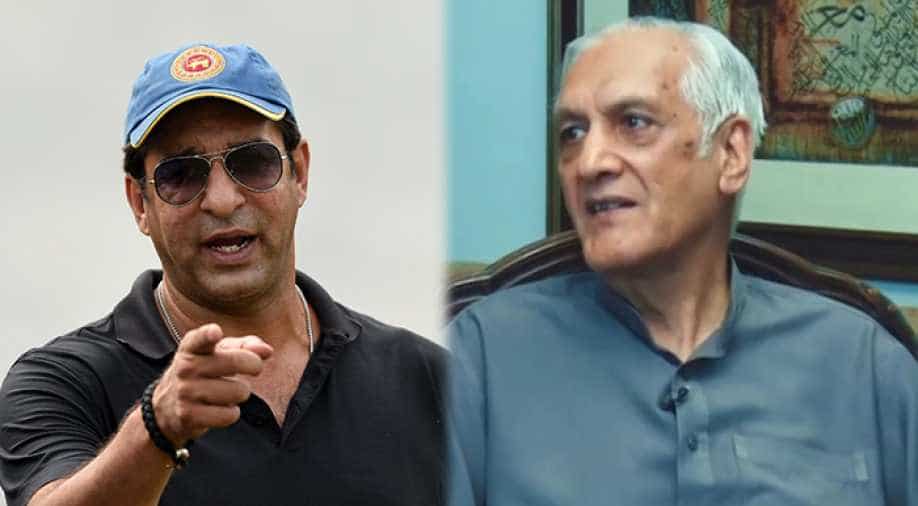 Former Pakistan Cricket Board (PCB) chairman Khalid Mahmood has alleged that former Pakistan skipper Wasim Akram offered former medium-pacer Atta-ur-Rehman money to underperform during a match. Mahmood has revealed that it was Rahman who confessed to him that Akram had offered him money to play below par during a match while adding that due to pressure from one of the players, Rahman changed his statement.

Talking to Geo News on Thursday, Mahmood further revealed that Rehman had also submitted an affidavit relating to this matter in the court but was afraid that he would get into trouble if he made a statement in the court.

The former chairman further stated that Atta later suddenly retracted from his statement in court. “I believe one of the players pressurised him to change his statement,” said Khalid.

“Atta-ur-Rehman was afraid that he would get into trouble if he made a statement in court,” said Khalid Mahmood.

The former PCB chairman said that Rahman’s statement on match-fixing against Akram was absolutely true but he denied his own statement in fear.

“His statement on fixing against Wasim was true but he denied it.”

Mahmood went on to claim that three matches from the 1999 World Cup were suspicious as he claimed there was something fishy in Pakistan’s defeats against Bangladesh, India and Australia in the summit clash.

Mahmood stated that Pakistan could have never gone down against Bangladesh but it happened. He further claimed that Pakistan’s defeat to India in the ’99 edition of the World Cup was not ‘fair’ as he alleged that the Green Army didn’t play a ‘fair game’ in the showpiece event.

“Pakistan’s 1999 World Cup match against Indian was also not ‘fair’,” he believed. Pakistan also did not play a “fair game” in the World Cup final against Australia, Khalid concluded.