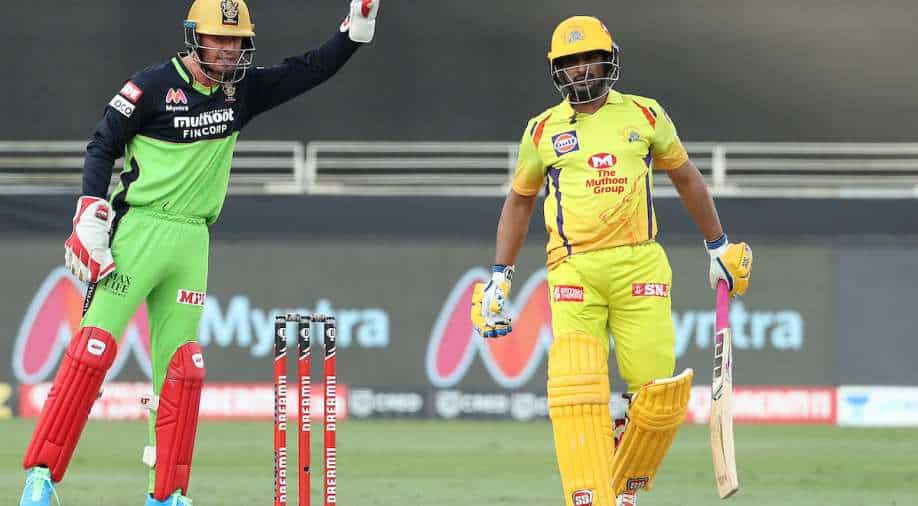 Despite this win, Chennai's chances to make it into playoffs are very grim, but still, they spoiled RCB's chances to finish on top 2 of the points table.

Royal Challengers won the toss and chose to bat. Bangalore was off to a poor start as they lost both openers within seven overs. However, the 82-run partnership between skipper Kohli and de Villiers stabilised RCB innings. Virat Kohli scored the most runs (50 runs off 43 balls) for the team. Sam Curran was the most lethal bowler for CSK as he scalped three wickets and conceded just 19 runs. CSK bowlers managed to restrict RCB to 145 runs by the end of innings.

Chennai Super Kings, on the other hand, were off to a promising start as the opening pair put up a 46-run partnership. The 67-run stand between Gaikwad and Rayudu landed a fatal blow to RCB. Gaikwad became the fourth-youngest player to smash a half-century in IPL history. He scored 65 runs off 51 balls.

Despite this win, Chennai's chances to make it into playoffs are very grim, but still, they spoiled RCB's chances to finish on top 2 of the points table.

Royal Challengers has had a bad run when they don the green jersey. Out of the 10 matches played in this colour, RCB has lost 7 times and have won just twice (one match with no result).

Ruturaj Gaikwad was adjudged the Player of the Match for his match-winning knock.