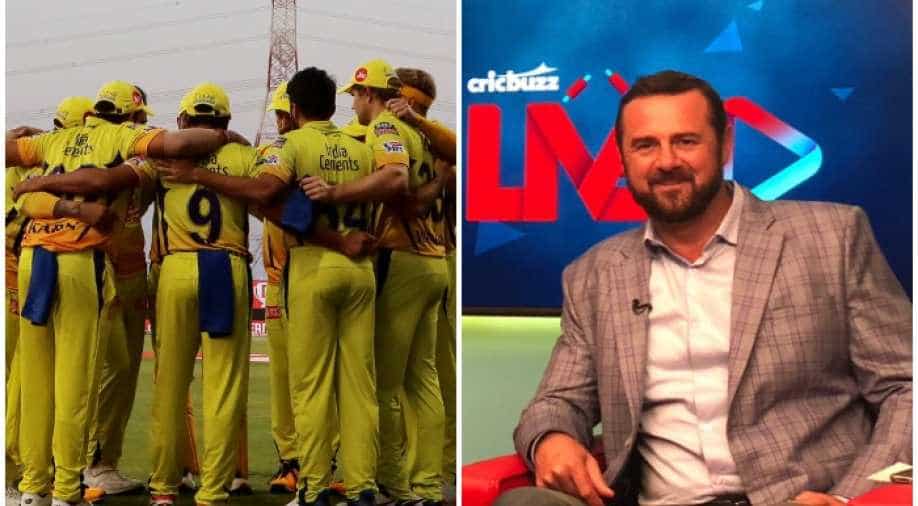 Kolkata turned things around to beat Chennai by 10 runs in Match 21 of IPL 2020, at Abu Dhabi. At one point, Chennai needed 78 in the last 10 overs with 9 wickets in hand, but they managed only 20 off the next 5 overs despite losing only 2 wickets, and eventually finished short.

Kolkata turned things around to beat Chennai by 10 runs in Match 21 of IPL 2020, at Abu Dhabi. At one point, Chennai needed 78 in the last 10 overs with 9 wickets in hand, but they managed only 20 off the next 5 overs despite losing only 2 wickets, and eventually finished short.

Discussing the outcome in the My11 Circle Cricbuzz Live, Simon Doull summarised that Chennai “had snatched defeat from the jaws of victory;” Gaurav Kapur called the effort a “botched chase;” and Joy Bhattacharjya described the approach as “un-Chennai-like”.

Kedar Jadhav came out when Chennai needed to score 39 in 21 balls, and was neither able to get the ball away for boundaries nor rotate the strike, taking 12 balls for an unbeaten 7. Bhattacharjya called Jadhav’s outing a “shocker of an innings”, expressing his surprise over Chennai investing INR 78 million in him.

Doull also lauded Kolkata’s approach while fielding: “Their strategy on the field almost seemed to pay off completely. They left [Sunil] Narine, they held him back”. Bhattacharjya questioned the decision to hold Narine back, given his “brilliant track record” against Chennai opener Shane Watson, while lauding Varun Chakravarthy’s courage to toss the ball up to MS Dhoni even in the 17th over. Coming on to bowl as late as in the 12th over, Narine finished with 4-0-31-1. Chakravarthy had 4-0-28-1.

Doull also had high praise for Kolkata’s use of Andre Russell: “Save him for the back end, just one or two overs … when the side’s under pressure, and he has done the job again”. Kapur mentioned Russell’s ability to shock batsmen with 140-kmph bumpers.

Earlier in the day, Kolkata were bowled out for 167, with only Rahul Tripathi (81 in 51 balls) scoring more than 17(Second highest score). Kapur called him the “lynchpin” of the Kolkata effort, the only one for Kolkata “who checked in with the bat”. However, Doull pointed out that they should have got about 185, given their rollicking start. After racing to 70/1 in 8 overs, they got only 97 in the last 12.

Bhattacharjya recommended Kolkata opened with Tripathi instead of Narine. He mentioned that Tripathi might not be as successful against genuinely quick bowlers like Kagiso Rabada or Jasprit Bumrah, but then, as he pointed, the same holds for Narine, Kolkata’s other option at the top.

Kolkata Knight Riders registered a 10-run win and moved to the 3rd position as Chennai Super Kings slipped from a winning position in an IPL match in Abu Dhabi.