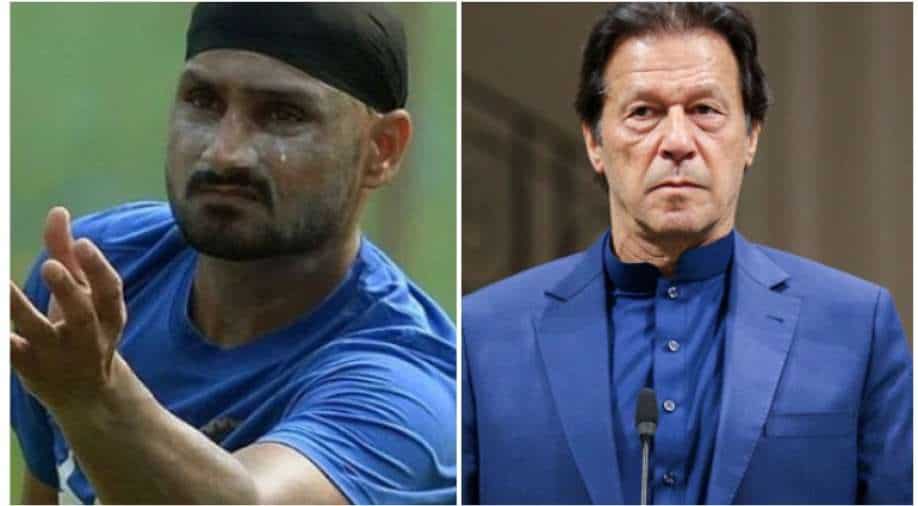 Veteran Indian off-spinner Harbhajan Singh has shared a message for Pakistan PM Imran Khan amid his spat with Mohammed Amir on Twitter.

Harbhajan Singh and Mohammed Amir had a heated exchange between each other on social media platform Twitter post the conclusion of the India-Pakistan clash in the Super 12 round of the T20 World Cup 2021 edition, in the UAE. Virat Kohli-led India lost to Babar Azam & Co. by ten wickets as their 12-match unbeaten streak versus the Men in Green in World Cup history came to an end.

Post India's massive defeat, Harbhajan and Shoaib Akhtar continued their fun banter on social media. However, the situation took a turn for the worse when Mohammed Amir jumped in and tried to poke fun at the veteran off-spinner Bhajji.

Amir tried to get cheeky with his posts for Harbhajan, who in turn, replied in the same manner before he pointed out about the tainted cricketer's involvement in the infamous spot-fixing scandal in the 2010 Lord's Test. After speaking about Amir and slamming him left, right and centre on his official Youtube channel, Bhajji has once taken a jibe at Amir and shared a message for Pakistan Prime Minister and former captain Imran Khan.

ALSO READ | Mohammed Amir doesn't have the status or level that I should talk to him, says Harbhajan Singh - WATCH

"I would request Imran Khan to open a school for such children where they can learn how to speak to senior cricketers. In our country, we are taught manners. Even today, we talk with cricketers like Wasim Akram with a lot of respect. And people like him (Amir) don't know what to talk with whom. I should not have reacted to the comments of a person who sold his country," Harbhajan said in a conversation with Aaj Tak.

"The banter between me and Shoaib is different as we know each other for a very long time having played plenty of cricket together. We have also done many shows together. We have an understanding. Who is Mohammad Amir? Is he the same guy who was guilty of match-fixing at Lord's? What is his credibility? He would have barely played 10 matches for his country and he betrayed his country as well by accepting money to fix a match," Harbhajan added.

Talking about India's campaign in the T20 WC, they will be desperate to get back to winning ways after being thrashed by Pakistan by ten wickets. Meanwhile, Babar-led Pakistan will be eyeing their third win in a row after mauling India and emerging on top of New Zealand.