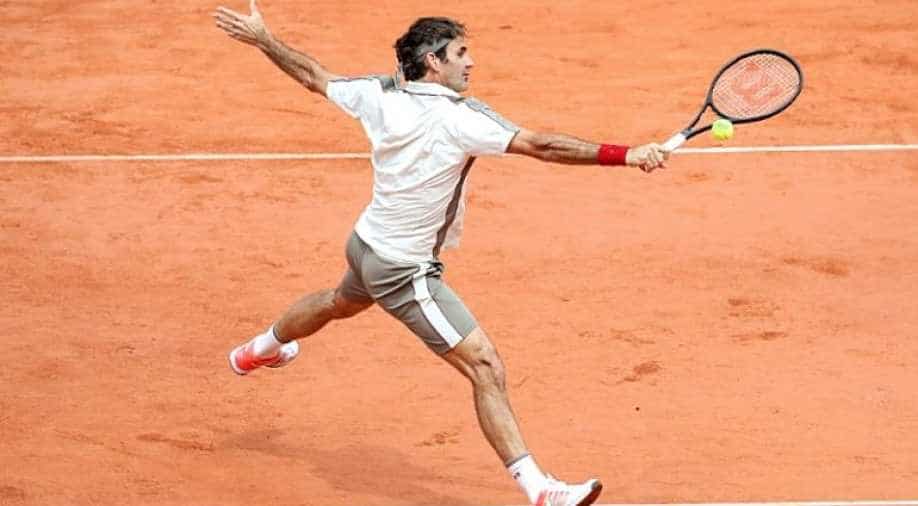 Competing in his first match since being beaten by eventual champion Rafael Nadal in the French Open semi-finals, the Swiss proved too strong for Millman in the grasscourt tournament

Roger Federer began his preparations for next month's Wimbledon Championships with a 7-6(1), 6-3 victory over unseeded Australian John Millman in the opening round of the Halle Open on Tuesday.

Competing in his first match since being beaten by eventual champion Rafael Nadal in the French Open semi-finals, the Swiss proved too strong for Millman in the grasscourt tournament.

World number 57 Millman, who had beaten Federer in four sets in their previous encounter at last year's US Open, put up a strong fight in the opening set but was no match for his opponent at the contest wore on.

Up next for the 20-times Grand Slam champion is Jo-Wilfried Tsonga, who has won the last two matches of their 17 career meetings.

Earlier, world number 14 Borna Coric began his title defence with a 7-6(2), 6-3 victory over Spain's Jaume Munar to move into the second round where he will face Joao Sousa.

David Goffin fired nine aces and won 86% of points on his first serve in a comfortable 6-1, 6-1 win over Argentine Guido Pella in 50 minutes. Up next for the Belgian is Radu Albot.

Wildcard Tsonga defeated fellow Frenchman Benoit Paire 6-4, 7-5 but not before the duo delighted the crowd with an impromptu game of foot tennis in the second set after Paire's racket slipped from his hand following a serve.

The Halle Open is a warm-up tournament for Wimbledon which begins on July 1.