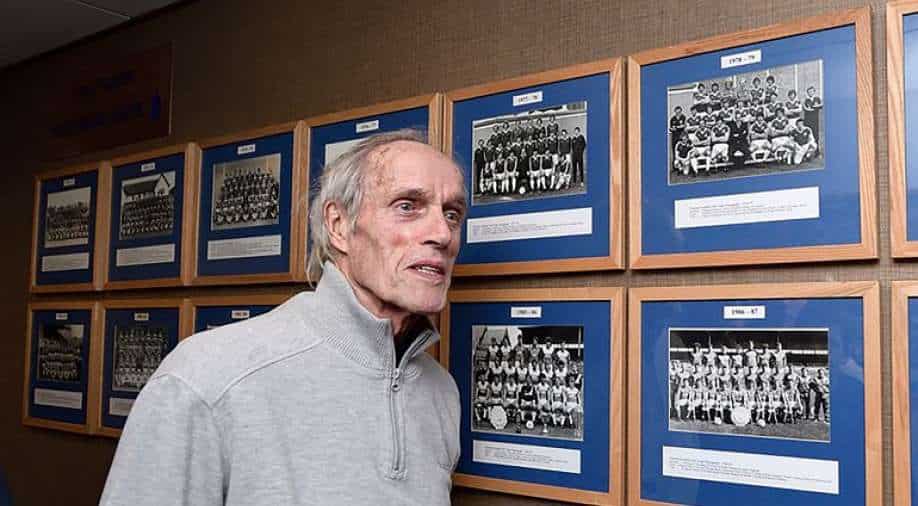 Lee played as a defender for Villa -- where he won the 1961 League Cup. Photograph:( AFP )

Former Everton manager Gordon Lee has died at the age of 87. Lee managed the English club between 1977-1981 and helped them reach the 1977 League Cup final.

Former Everton manager Gordon Lee has died at the age of 87, the English club said on Tuesday.

Lee managed Everton between 1977-1981 and helped them reach the 1977 League Cup final, which they lost to Aston Villa after two replays. He also led them to two FA Cup semi-finals and two top-four finishes in the top-flight.

"I will always be grateful to Gordon Lee for bringing me to Everton Football Club," former Scotland international Graeme Sharp told Everton's website.

"He showed faith in me and gave me my debut as a young footballer. Gordon was a massive part of my development and I always enjoyed meeting up with him later in life."

"He was ahead of his time with some of his coaching methods and with a bit more luck would have brought honours to the club," former Everton captain Kevin Ratcliffe said.

Lee played as a defender for Villa -- where he won the 1961 League Cup -- and Shrewsbury, before moving into management with Port Vale in 1968.

Lee also managed Newcastle United and Blackburn Rovers, and spent a season in charge of Leicester City as caretaker manager.