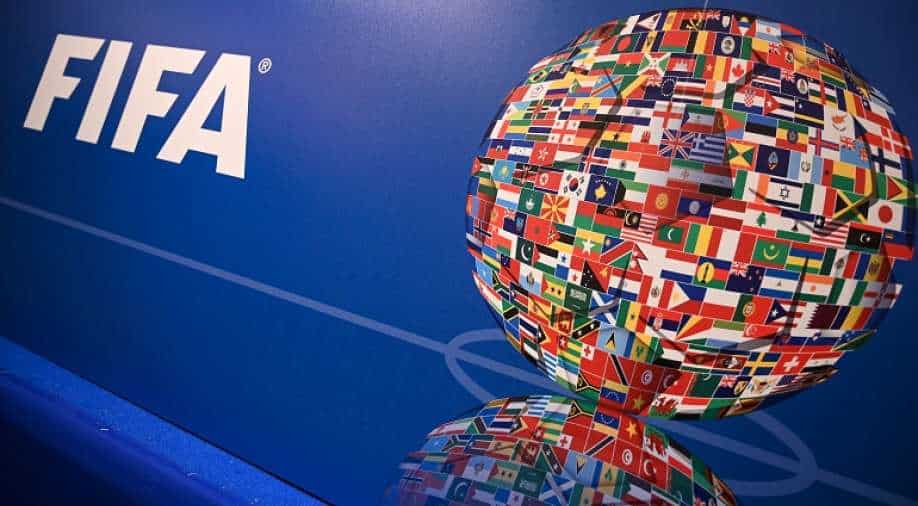 Players and coaches will be considered "out of contract" until June 30, 2022, FIFA said in a statement. Photograph:( AFP )

FIFA announced that it will suspend the contracts of foreign players currently tied to Ukrainian and Russian clubs in order to facilitate the departure of players from Russia.

FIFA on Monday announced that it will suspend the contracts of foreign players currently tied to Ukrainian and Russian clubs for the rest of the 2021-22 season.

Concerning the situation in Ukraine, in order to provide players and coaches with the opportunity to work and receive a salary, and to protect Ukrainian clubs, unless the parties to the relevant contract explicitly agree otherwise, all employment contracts of foreign players and coaches with clubs affiliated to the Ukrainian Association of Football (UAF) will be deemed automatically suspended until the end of the season in Ukraine (30 June 2022), without the need for any action from the parties to this effect.

The suspension of a contract as per the paragraphs above will mean that players and coaches will be considered "out of contract" until June 30, 2022 and will therefore be at liberty to sign a contract with another club without facing consequences of any kind.

"Following the escalation of Russia's invasion of Ukraine, which has led to an ongoing and distressing humanitarian crisis, the Bureau of the FIFA Council has decided - in coordination with UEFA and after consultation with various stakeholders - to temporarily amend the Regulations on the Status and Transfer of Players (RSTP) in order to provide legal certainty and clarity on a number of matters," FIFA in a statement said.

In order for this exception to be applicable and to protect the integrity of competitions, the registration with the new club needs to occur before or on April 7, 2022.

To further protect the integrity of competitions, clubs are entitled to register a maximum of two players who have benefited from the exception.