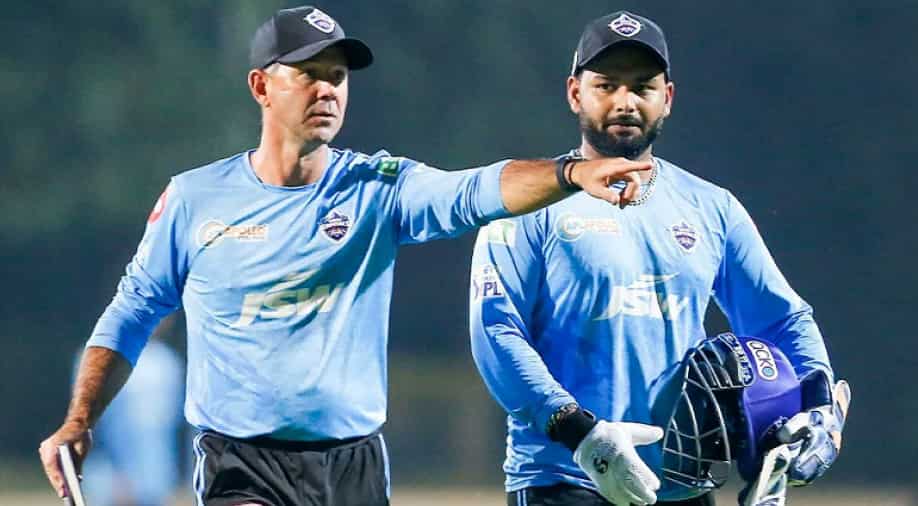 In an exclusive interaction with WION, Delhi Capitals head coach Ricky Ponting spoke about his ambitions for the franchise and how the Indian Premier League (IPL) has changed the way cricket is played.

Delhi Capitals (DC) have been witnessed a change in fortunes and have become a force to reckon with ever since the arrival of head coach Ricky Ponting. The former Australia captain had joined the franchise as the head coach in 2018 and has since led them to consecutive playoffs in the last three seasons. DC also made it to their maiden IPL final under Ponting's guidance in the year 2020.

From taking a bold step to hand over the captaincy reins to a young Shreyas Iyer after Gautam Gambhir's resignation from the post midway through the 2018 season to building a fabulous core of players, Ponting has masterminded Delhi Capitals' meteoric rise in the last few seasons.

The two-time World Cup-winning captain is one of the best coaches in the world at present but is yet to inspire his side to their maiden IPL title. Delhi Capitals, who have been part of the tournament since its inception in 2008, are yet to lift their first trophy despite having undergone a massive transformation over the last few years.

Ahead of the start of IPL 2022, Delhi Capitals face fresh challenges as they no more have the likes of former captain Iyer, Shikhar Dhawan and Kagiso Rabada among others, who played key roles in helping them dominate the proceedings in the last three seasons. However, with Rishabh Pant as their permanent captain and a great mix of youth and experience in their squad, DC are raring to go again.

Speaking to WION, Ponting insisted he is not with Delhi Capitals to just take part in the IPL but to win the tournament. The former Australia captain said it remains one of his biggest goals to take Delhi Capitals to their maiden title and give the players a chance to pull off something special this season.

"Yes, and we have been close. We have been close in the last few seasons. We lost the final two seasons back and finished on top of the table last year but unfortunately, we lost our two playoffs games to go out but absolutely. I am not here to just participate in the tournament that's one thing I have told the boys all the time and everyone here at this franchise is we are not here to just participate, we are here to win," Ponting said in an exclusive interaction with WION.

"Delhi Capitals has never won the IPL. That's a big responsibility and a big goal of mine to give these players every possible chance to achieve something special at the end of the tournament," added the Delhi Capitals head coach.

Ever since its inception in 2008, IPL has grown into one of the best cricketing tournaments in the world at present. IPL has provided a platform for several young and talented cricketers who have gone on to become big names on the international stage. The tournament has also witnessed immense growth in terms of financial prowess and is currently the richest T20 league in the world.

Speaking about the tremendous growth that IPL has managed to achieve over the last 14 seasons, Ponting said it amazes him how the tournament still continues to grow every year. The former Australia captain also explained how IPL's success has paved the way for other nations to start their own T20 leagues to try and achieve the kind of success IPL has.

"It has been an extraordinary tournament already. Coming towards the end of my career when T20 cricket first burst onto the scene, I remember Australia playing New Zealand in the first-ever T20 international game, I must admit back then I thought that t20 cricket at the international level was going to be a showpiece to try and promote the other formats of the game. But look it has grown and grown. I am really staggered at how IPL finds a way to continue to grow year on year.," Ponting said when asked how IPL has changed the way cricket was played.

"The TV rights (of the IPL) they are up soon and I am sure there is going to be a huge war there to see who bags the television rights. I think as a result of how successful the IPL has been through a long period of time, every other country is now trying to mimic or do exactly what the IPL has done," explained.

Leading Delhi Capitals to the final one of the best moments of my career: Ponting

The former Aussie skipper, who led his country to back-to-back ODI World Cup triumphs in 2003 and 2007 while also winning several other major tournaments as a leader, said he has enjoyed some of the best moments of his career in the IPL.

Leading Delhi Capitals to their maiden IPL final in 2020 and helping them top the table last year are some of the achievements which Ponting counts among the best he has achieved in his career.

"It has been awesome, and great to be a part of the tournament. I have been part of the IPL for probably 7-8 years now and it has been some of the best times I have had. Leading this franchise into the final and then finishing on top of the table last year, those are some of the best moments I have had in the game and I have been lucky to win World Cups and do pretty special things," said Ponting.

"But when you are here part of this tournament and you have success here, it certainly ranks higher among all other things I have achieved in the game," he added.