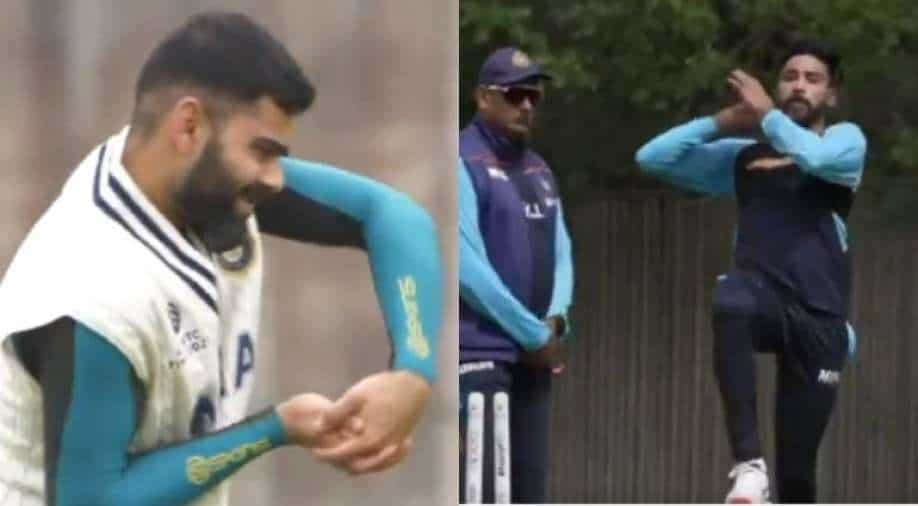 The BCCI took to Twitter on Thursday to share the clip of the intense practice session that Virat and Co. underwent.

Team India kicked off their practice session at the Ageas Bowl in Southampton to prepare for the highly-anticipated World Test Championship final clash against New Zealand.

The Kiwis are currently involved in a two-match Test series against England, however, they may have some advantage as they already have enough match practice to adapt to the English conditions.

The BCCI took to Twitter on Thursday to share the clip of the intense practice session that Virat and Co. underwent.

We have had our first group training session and the intensity was high 🔥#TeamIndia's 🇮🇳 preparations are on in full swing for the #WTC21 Final 🙌 pic.twitter.com/MkHwh5wAYp

The video featured skipper Virat Kohli, Jasprit Bumrah, Cheteshwar Pujara, R Ashwin, Rishabh Pant and more breaking the sweat for the juggernaut clash which is just over a week to go.

Earlier, former Indian cricketer Dilip Vengsarkar reckoned that the lack of preparation heading into the ICC World Test Championship final "may hurt" the Indian cricket team. His comments came after Kohli, in the pre-departure press conference, said that lack of practice is not a big worry for the team.

"Well he (Kohli) has been around for a long time. He (Kohli) is one of the best batsmen in world cricket at the moment. Players like Virat or Rohit Sharma, they are world-class players, they take a lot of pride in their performance and pride in winning matches for India," Vengsarkar, the former chairman of selectors, told PTI on Sunday.

"It is a good thing and both are in very good form. But having said that, I think lack of match practice may hurt them in the first Test match that is what I feel," Vengsarkar said.