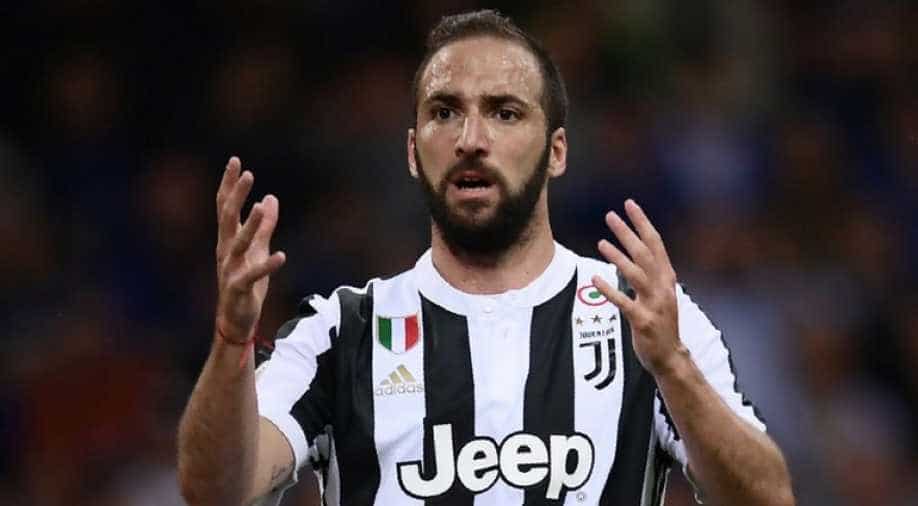 Higuain joined the Juventus in 2016 but was loaned to AC Milan at the start of the current season where he has scored eight goals in 22 appearances this term.

Chelsea have agreed a deal to sign striker Gonzalo Higuain on loan from Juventus until the end of the season, according to reports in the British media.

The Argentina international joined the Italian champions in 2016 but was loaned to AC Milan at the start of the current season where he has scored eight goals in 22 appearances this term.

Chelsea manager Maurizio Sarri is keen to strengthen his options in attack after dropping misfiring Spain forward Alvaro Morata to the bench and being forced to deploy playmaker Eden Hazard as a 'false nine' in recent games.

Sarri worked with Higuain when he was manager at Napoli and it was under the Italian that the striker scored 36 goals to equal the Serie A record for most goals in a season in 2015-16.

Sky Sports reported on Wednesday that the loan deal for Higuain could be extended for another 12 months subject to certain conditions.

Higuain's arrival could see Chelsea sanction a loan move for Morata, who is in talks with boyhood club Atletico Madrid about a return to Spain's La Liga.